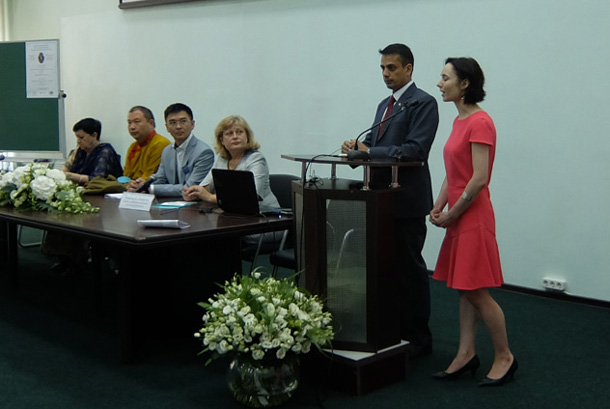 Moscow — As the honorary representative for His Holiness the Dalai Lama in Russia, CIS countries and Mongolia, Telo Tulku Rinpoche addressed the audience at the international seminar, "Buddhist Education, Ethics and Art," held in Moscow on the 13th and 14th of August.

Telo Tulku Rinpoche opened the seminar by expressing his appreciation of the efforts by the Russian government aimed at presenting the basics of religious cultures, including Buddhist culture, and secular ethics in high schools, calling the initiative a good example for the whole world. He also called for the revival of the once famous Russian school of Buddhist and Tibetan studies.

Agenda of the Seminar was to discuss new research and development in the field of Buddhist education, ethics and art in Russia and in the countries of Indo-Buddhist world.