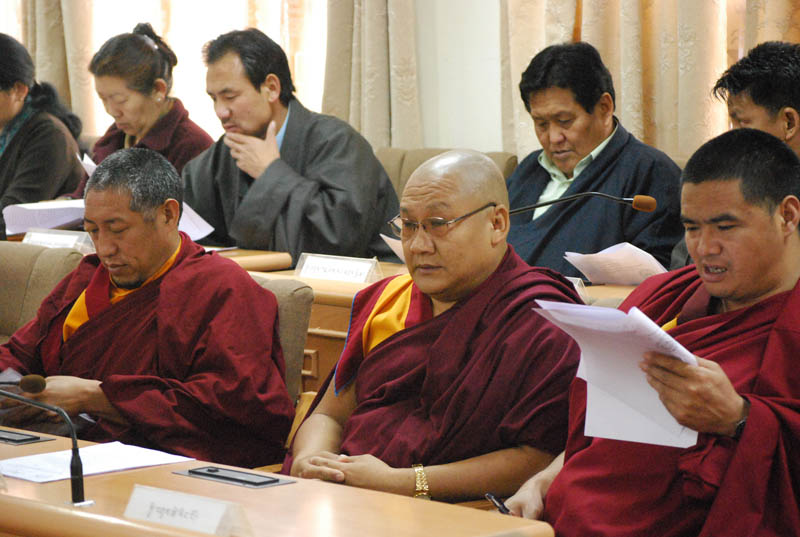 The convention on Tibet will be organised by the Tibetan Parliament-in-Exile and jointly co-hosted by the Italian Parliamentarian Group for Tibet and International Campaign for Tibet, Europe. His Holiness the Dalai Lama, Speaker Penpa Tsering and Kalon Tripa Samdong Rinpoche will address the convention.

Meanwhile, a group of six Members of Tibetan Parliament-in-Exile have left India Wednesday (11 November) for official visits to France and Belgium.

Three MPs - Gyari Bhutuk, Karma Yeshi and Dolker Lhamo - will participate in a conference on 'Self Government, Cultural Identity and Multinational Integration: Comparative Experience for Tibet', in Trento, Italy. The conference will be organised by Autonomous Province of Trento in cooperation with Department of Legal Sciences, University of Trento and European Academy in Bolzano. Later, the three MPs will join the World Parliamentarian's Convention.

The World Parliamentarians' Convention on Tibet aims to promote the cause of Tibet through a unified network of Parliamentarians for Tibet, and to facilitate meaningful negotiation between His Holiness the Dalai Lama or his representatives with the People's Republic of China.