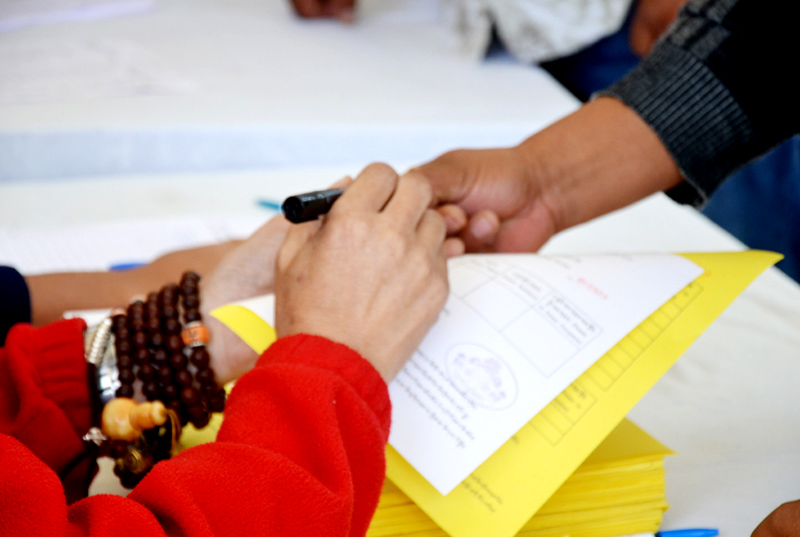 Dharamshala — The Election Commission of the Central Tibetan Administration said they have circulated the electoral rules and regulation to its local commissioners and urged them to strictly observe the final election, which will be held on March 20, 2016.

"As per article 24 (7) (9) (9) of the electoral rules and regulation. all campaign related posters should be removed and campaign activities from the candidate as well as supporters should cease by 18 March 2016, the EC said on March 16, 2016.

"Similarly, campaign related activities like discussion forums on social media should also be shut down by the said date," it stated.

"Moreover, the local election commissioner or authorities should visit the polling stations and its vicinity on the final election day (20 March) to ensure campaign posters are removed and campaign related activities are not ongoing," the authorities said.

The also said "the ballot box must be secured with a suitable lock and should be kept under constant vigilance of the authorities."

This year's race for the Sikyong seat has at least two confirmed candidates – Dr Lobsang Sangay (Current Sikyong) and Mr Penpa Tsering (Current Parliament Speaker). Both reaffirms strong commitment to the "Middle Way" approach of engaging China through dialogue to achieve a 'genuine autonomy' for Tibetan people within the country - are the only two finalists for the final election. However more than 90 candidates will also compete for the 45 seats of the 16th legislative body.

The candidates will be chosen on the basis of the percentage of votes they get in the first phase. The results will be declared within few weeks of the election. This was the second such election after His Holiness the Dalai Lama devolved his political power to the elected leadership in 2011.