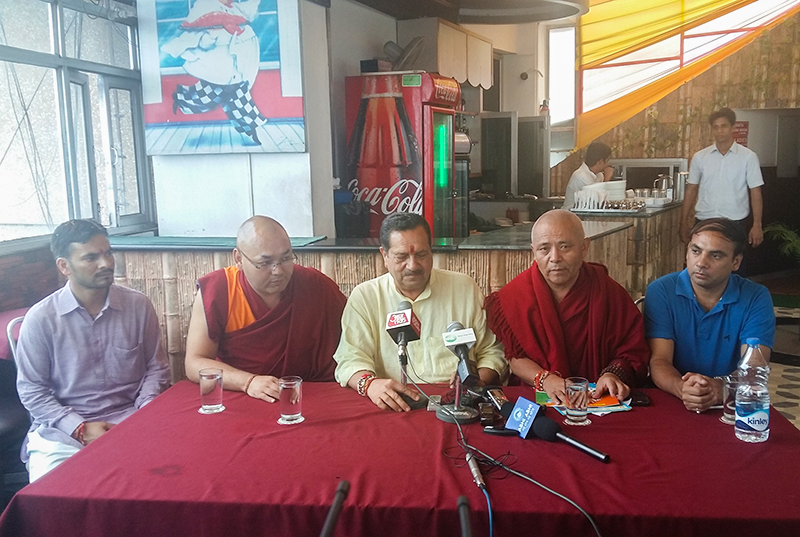 He was peaking at a press conference on Sunday [August 21], in Dharamshala, north India, where he shared his views on Indo-China relation, and his support for the Tibetan struggle.

He also called on China to officially recognise the Central Tibetan Administration based in Dharamshala and urged the Chinese government to engage in constructive dialogue with Tibetan representatives.

Mr Kumar emphasised the historical independence of Tibet and the role played by Tibet as a peaceful buffer between the two nations prior to its occupation. "Historically, Tibet was never a part of China. It was only because of China's aggressive occupation that Tibet and a slew of other nations like Mongolia became a part of China," he said.

"Most of the colonised countries including India got their independence around 1940s in the aftermath of the Second World War. Unfortunately, Tibet lost its independence around that time. However, the Indian government has never accepted that Tibet was historically a part of China," he added.

"Tibet used to be a peaceful buffer between the two Asian nations. India and Tibet used to share a 4000km-long border but there were never any fights along the border. However, since Tibet's occupation, the peaceful border has been heavily militarised with soldiers, air force bases and missile launchers. Therefore, it is clear that China wants to occupy the entire Himalayas for its nefarious ambitions," he noted.

The RSS leader also pointed out that China should respect the Tibetan people's aspirations and should not undertake activities to annihilate Tibet's cultural heritage, its pristine environment or violate their fundamental rights in the name of development.

He further expressed his gratitude to His Holiness the Dalai Lama for making Dharamshala an international destination known for its peace and tranquility.

Ven Phunstok, Deputy Speaker, thanked the RSS leader for his support to the Tibet cause and called him 'a long time friend of the Tibetan people'.

"Shri Indresh ji has been associated with the Tibet cause from as early as 1997. Since then he has founded the Bharat Tibbat Sahyog Manch and Himalayan Parivar to advocate the cause of Tibet and the Himalayan regions. He has also raised his voice repeatedly for the people of nations and communities not recongnised by the United Nations," he said.