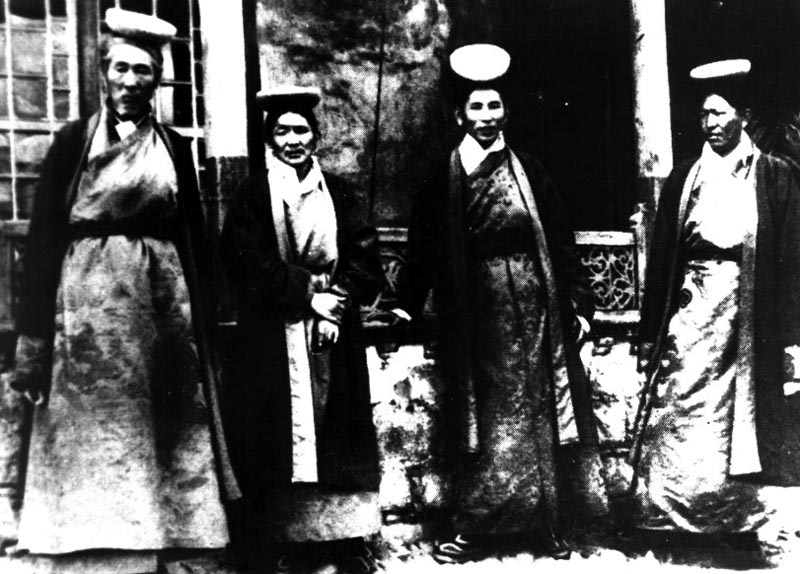 Dharamshala: Central Tibetan Government In-Exile released a statement today to extend its heartfelt condolences to the family of Ngabo Ngawang Jigme, a former Tibetan minister who assumed various military and political responsibilities in Tibet both before and after 1959.

The excutive cabinet (Kashag) of the Central Tibetan Administration is sad to hear the news about the passing way of Ngabo Ngawang Jigme, the former Kalon of the Tibetan government. The Kashag remembers his life-long contributions and mourns his demise.

Ngabo was a senior Tibetan government official, appointed to the post of Kalon by none other than Regent Takdrag Rinpoche. Honest and patriotic, he always spoke out the truth even under the most trying and difficult circumstances.

In 1980s, during his meetings with different Tibetan representatives and fact-finding delegations, Ngabo explained that there was never a history of Tibetan Government paying taxes to China. He stated that while signing the 17-Point Agreement, then Chinese Premier Zhou Enlai, at the request of the Tibetan representatives, had promised that, though time was not ripe, all Tibetan areas would be eventually united under one administration. In 1989, he clarified with historical backgrounds and facts that the Chinese propaganda about the Tibetans enthroning the present Dalai Lama with the acceptance and the permission of the Chinese Government is not true.

He urged that Tibet's special status should be acknowledged as it has signed an agreement with the Central Government, unlike other minorities. In 1991, he again called on the Central Government to implement articles of the 17-point Agreement in general and specifically those articles which state that Tibet's political status will not be changed. Further more, he, along with the 10th Panchen Lama, made great efforts to preserve and promote Tibetan language. In short, he was someone who upheld the spirit of the Tibetan people.

We offer condolences to his wife and family.