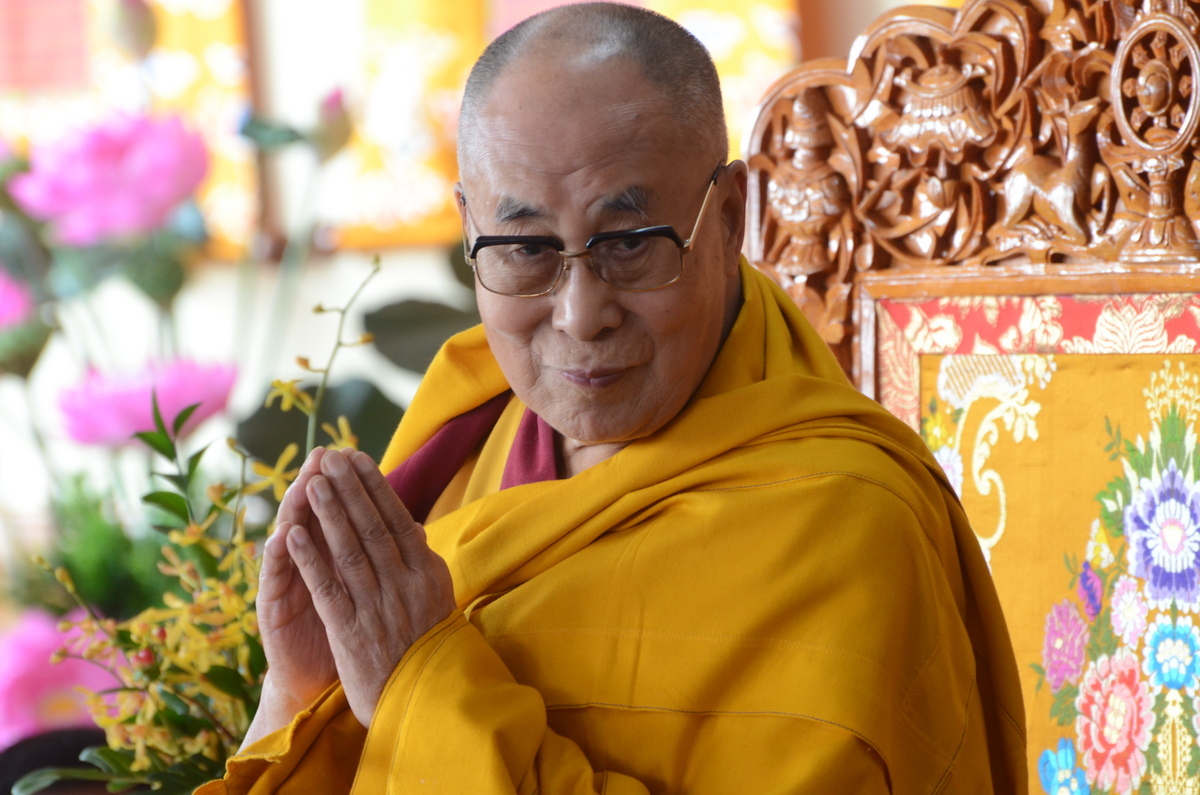 “The seed of compassion is within us. We must strengthen that aspect of our nature and promote it further,” the spiritual leader told the audience, with members hailing from India, Italy, Vietnam, US and other countries.

"Yesterday morning as I woke up, I came to think about one thing; as I am peacefully sleeping for nine hours, people across the world have died. People have died of starvation, especially children, who see no compassion, are dying of starvation. This thought made me very sad, but there is nothing I can do. All of us human beings are the same, we are all on this Earth. It is terrible when humans do not show compassion for fellow human beings.

"Animals do not have our reasoning power or ability to think clearly, yet in their environment they are able to give each other love and compassion. For humans, instead of love we are bullying and cheating each other. It's a very unfortunate state," His Holiness continued.

"This is why we must spread compassion as much as we can. Generally, across the world all religions are preaching compassion and love. It's very good.. while all these religions are beneficial to people, thinking about the views and tenets, Buddhism is unique, and the Nalenda tradition is unlike any other.

“This thousands-year-old Tibetan Buddhist tradition, which the Tibetans have kept alive till now, holds the key to achieving world peace; we are therefore in a unique position to serve the 7-billion human beings," he added.

“Namgyal Monastery has been known as center of learning, contemplation and meditation on the profound Buddhist treatises. While it continues to strive to strengthen its scholastic training, it must engage more proactively to serve humanity at large,” His Holiness said.

"I am getting older, and as far as how the Dalai Lama Trust continues, that will be up to the officials and leaders, it will be their responsibility to bear. This monastery and I share a connection that will remain in life as well as in death. It is the definite hope that Tibetans in exile and within Tibet will be reunited in my lifetime."

The Namgyal school has 123 students, including students of Tibetan origin, Mon, Bhutanese, Ladakhi and Mongolian. In keeping with the tradition of Namgyal Monastery, the new Namgyal School will offer study and scholarship in Tibetan language, Buddhist philosophy, study of both sutra and tantra and western academics, including English, science and math.

In exile, the monastery was rebuilt near the residence of His Holiness the Dalai Lama and has since been serving the Tibetan spiritual leader and Buddhist students.