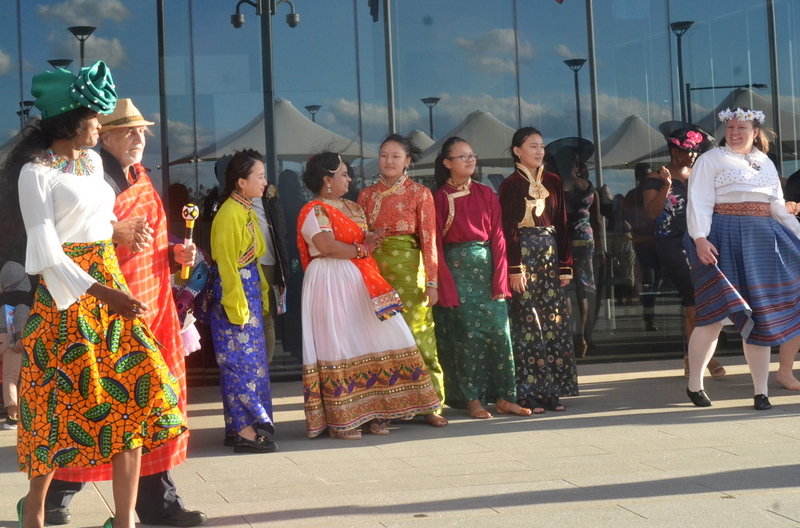 Despite of a strong windy weather it didn't stop hundreds of people from different cultural backgrounds from attending the cultural festival on Saturday. Many attendees say the multicultural event gives them the opportunity to witness the beauty of other cultures.

After a brief introduction made by Dekyi, an energetic and beautiful girl, a group of nearly 20 Tibetans girls and boys living in Macarthur region, NSW not only attended the festival held in Oran Park, they also have presented the Tibetan cultural dance performance at the event.

Camden Council was forced to call the event off at 7.30pm due to heavy rain. The council planned the festival to celebrate the region's multicultural locals as a part of the state government's Multicultural March initiative, which aims to foster inclusive and contributing communities.

Camden Mayor Peter Sidgreaves said the event was a chance to recognise Camden's growing and diverse population. "We're celebrating the 113 nationalities, 85 birthplaces, 65 languages and 38 religions in the Camden area," he told the Advertiser, a local newspaper in the region.

The population has increased by 69% since 2008. According to the local official, this growth has seen people from all different backgrounds, with different customs, religions and traditions, call Camden home.