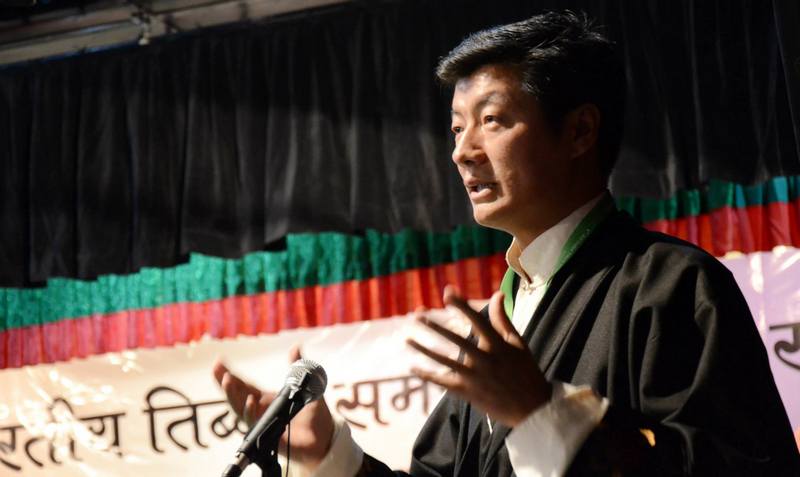 Dharamshala, India — 'In 1951, Tibet had to sign the 17-point agreement with China under duress,' the Tibetan President said, but he added that "the Tibetan delegates of Lhasa went to Beijing with the intention that the agreement would be signed as equal partners which did not happen. Instead, China imposed its expansionist policy which turned into treachery and tension.

In a webinar organised by the Office of Tibet, London on Monday, July 20, 2020, eminent panelists, with authority and expertise in their respective professions, discussed Tibet and Hong Kong in the wake of China’s passing of the national security law for Hong Kong.

In his opening remarks, Dr Lobsang Sangay, President of the Central Tibetan Administration based in Dharamsala, India, said that "China signed the 17-point agreement with Tibet in 1951 which is essentially one country two systems".

But the President added that "the Tibetan delegates went to Beijing with the intention that the agreement would be signed as equal partners which did not happen and the representatives of Tibet had to signed the agreement under duress."

"Despite everything, the provisions of 1951 agreements were violated and all the promises made to Tibetans were denied including regional autonomy, uninterrupted position, and authority of His Holiness the Dalai Lama, promotion of Tibetan language, etc," said Dr Sangay.

"In 1954, His Holiness the Dalai Lama visited Beijing to persuade the Chinese leaders like Mao Zedong and Zhou Enlai to grant Tibet the autonomy as promised in the agreement. But his efforts were futile," he further added.

"In 1956, His Holiness visited India to participate in the 2500 anniversary of Buddha Purnima and that time His Holiness’s initial wish was to stay in India but the then Chinese Premier Zhou Enlai came to India thrice and persuaded His Holiness to return to Tibet," the Tibetan leader stressed.

"Once again he made hollow promises regarding the implementation of the 17 point agreement. With that assurance, His Holiness returned to Tibet. What happened following His Holiness return to Tibet is history known to everyone," the sikyong said.

"China also promised Tibetan peace and prosperity through its expansionist policy which afterward turned into treachery and tension, the beginning of the downfall of Tibet," ​said Dr Lobsang Sangay, the sikyong, or the Tibetan political leader, democratically elected by the Tibetans across the world.

"During the extreme period of tension, there were discussions and debates within the elite circle as to whether the presence of Chinese in Tibet is beneficial or not. In a way, they were seeking to curb the tension through elite cooptation a strategy that is now familiarised in Hong Kong," the Tibetan President said.

“Our experience has been tragic and now Hong Kong is going to be Tibet number 2. It’s unfortunate and our solidarity is with Hong Kong people,” he assured.

The panelists later took questions from the online audience which was read out to them by Representative Sonam Tsering Frasi who moderated the panel. Despite a minor technical glitch the discussion overall managed to highlight the eerie similarities of China’s aggressive moves in Hong Kong today to what China did to Tibet, according to the Office of Tibet, London.