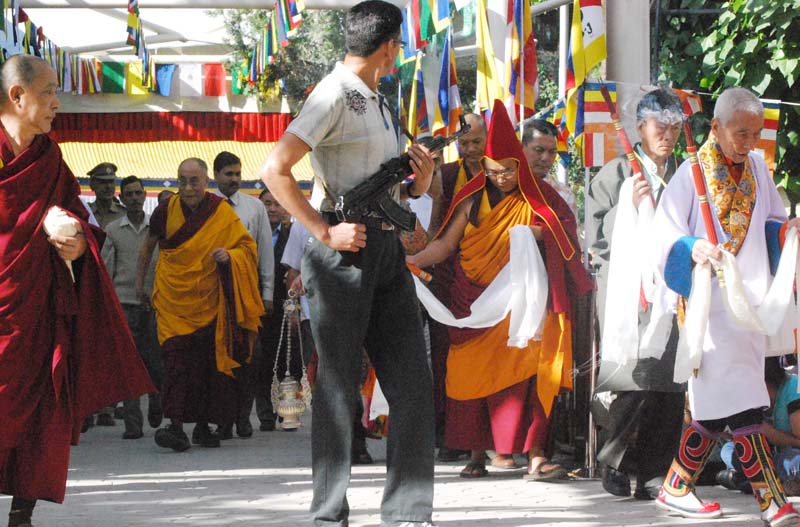 Dharamshala: The followers of Jonang sect of Tibetan Buddhist Tradition and Tibetans living in Dharamshala, Yesterday, made grand long life prayer offerings to Tibetan spiritual leader, His Holiness the Dalai Lama at the main temple, in Dharamshala. The ceremony commemorated the 50th anniversary of His Holiness the Dalai Lama's stay in India. Their prayers were also dedicated for the victims of the earthquake disaster in Tibet. The prayer ceremony was led by the Khalkha Jetsun Dhampa, the head of Jonang tradition.

His Eminence the 17th Gyalwa Karmapa, Professor Samdhong Rinpoche, Prime Minister of Tibetan government in exile, other senior officials from the 3 pillars of the exiled Tibetan Democratic Government in-exile and around seven thousand students, teachers, foreigners and Tibetans living in Dharamshala attended the religious ceremonies.

The highlight of the event, however, was the keynote speech by His holiness the Dalai Lama, giving an address about the lineage of Jonang Tibetan Buddhist Tradition and how it's roots reach back to Nalanda Buddhist Tradition. "Nalanda", thought to be one of the first universities ever to be constructed in human history, is dedicated to the Mahayana Buddhist teachings of higher studies. 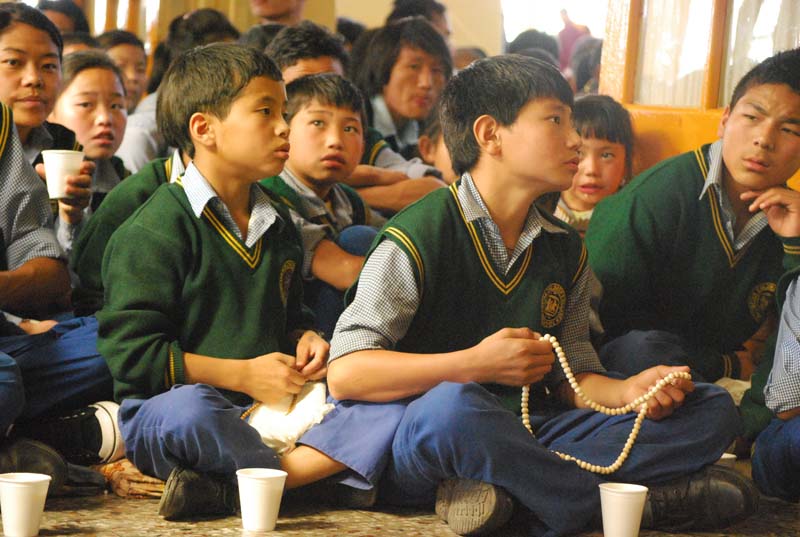 One of the Kashmiri scholar Somanatha's disciples, the 11th century Kalachakra yogi Yumo Mikyo Dorjee is regarded as one of the earliest Tibetan articulators of a zhentong view -- an understanding of the absolute radiant nature of reality. Emphasized within the Kalachakra Tantra and the Buddha's 3rd turning teachings on Buddha-nature, this view would later become emblematic of the Jonangpa.

His Holiness also expressed his appreciation for the all Tibetans and Chinese who aided and helped the victims of the earthquake disaster. Also giving his condolences to the family and friends of the deceased "don't be discouraged."

There were more than 100 students from Tibetan schools near Dharamshala whose parents and relatives live in the earthquake affected area of Kyigudo, Eastern Tibet at the main Tibetan temple.