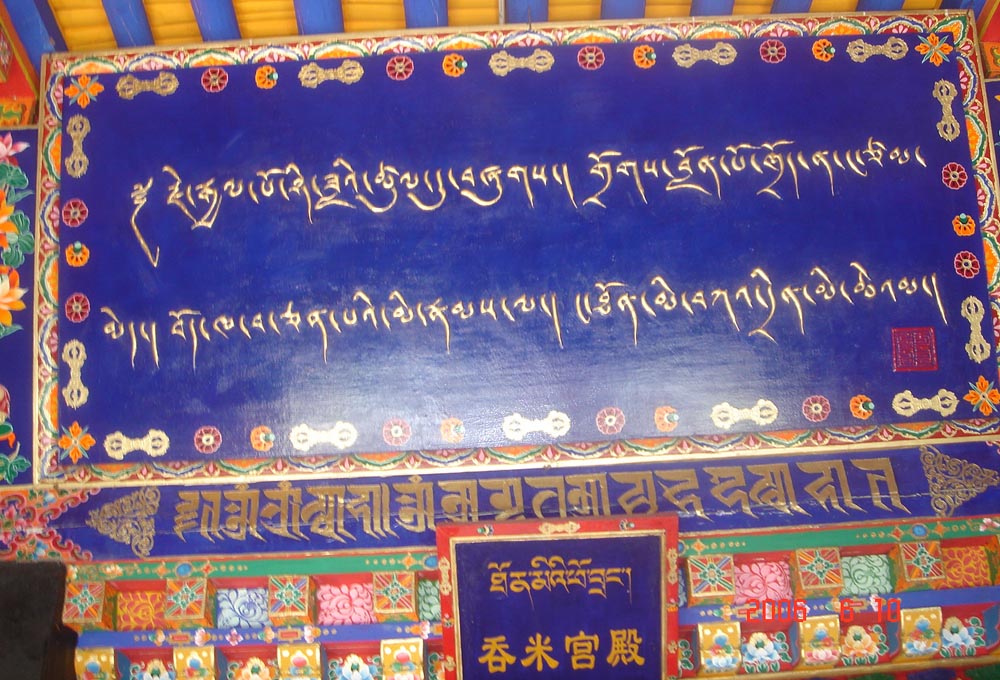 Dharamshala: In world history, language is maintained as a matter of national identity, language defines a culture. The current genocide of the Tibetan language by the Chinese government aims to make Chinese children out of Tibetan children.

It is clear that the Chinese authorities do not accept Tibetan as a mother tongue, and the authorities think that academic reform is the only a solution to solve this issue in Tibet, thus adhering to USSR dictators theory of "to destroy a nation, we must first destroy the language of the nation."

The racism by the Chinese communist regime is continuous and abuses the rights of native Tibetan speakers and the other nationalities, such as those in east Turkestan and Inner Mongolia .The Chinese Government is guilty of "Language Genocide", against the Tibetans for breaching articles of the United Nations Genocide Convention. The Convention defines genocide as any of a number of acts committed with the intent to destroy, in whole or in part, a national, ethnic, racial or religious group. Therefore, the Tibetan people can bring the Chinese Government to justice by complaining in International Court over the injustice done by China for not complying with the UN Articles and the "Genocide of the Tibetan Language".

The Chinese Government should treat all citizens equally within the law and without any discrimination. Every citizen in Han Chinese has a right to be protected under the law equally, and equal protection should be applied to all against any discrimination. I would like to say that the international communities should not allow the Chinese Government to abuse and genocide the Tibetan by branding them for "inciting activities to split the nation."

To conclude, I want to say that all human beings are born free and equal in dignity and rights. So everyone should be entitled to all the rights and freedoms and enjoy them without division and distinction of any type, in regard to race, color or national origin as in written article of the Chinese constitution. Genocide of the Tibetan Language is abuse and a humiliation against the Tibetans and humanity in general. The Chinese communist authorities in eastern Tibet do not accept and respect the Tibetan language as a mother tongue; this means that the authorities act like USSR dictators, who prohibited the languages to be used in the occupied states. I strongly believe this is a big mistake and ignorance and negligent to put other factors aside such as freedom of speech, and the other fundamental rights like education.