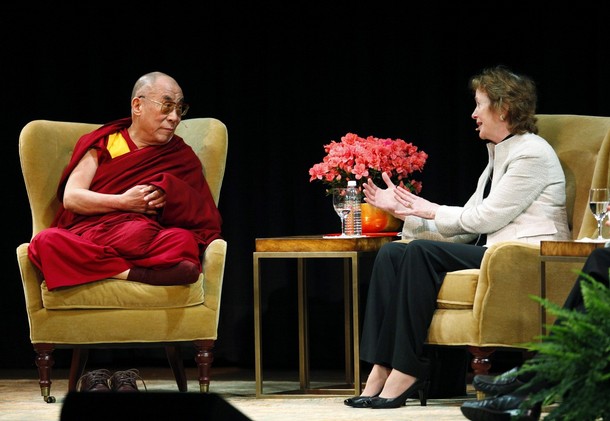 Although still unconfirmed a spokesman from His Holiness the Dalai Lama's Paris office said "it is very possible that he will receive the title of 'honorary citizen' of the city of Paris from the mayor, Bertrand Delanoe, but no meeting with leaders of the French government is scheduled," AFP reported   This seems to be enough to have sent chills through Chinese media, who are still reeling from January when His Holiness accepted honorary citizenship in Rome and in Venice.

"Only a month after Sino-French relations got back on track, His Holiness the Dalai Lama has planned a visit to Paris.  And he could become an honorary citizen of Paris in the process," China Daily said in a report.

December of last year Sarkozy, ignoring strong orders from the Chinese government, met with His Holiness in Poland.  The Chinese reacted to this meeting as a child would, and said they no longer wanted to play with France.  A report in China' Daily said    "After Sarkozy's meeting with the Dalai Lama, China called off the Sino-EU summit scheduled in Lyon, France and cancelled high-level visits to France."

His Holiness the Dalai Lama, as part of his American and European tour focused on education and the environment, will visit Paris June 6-8, after which he will travel to,  Denmark, Iceland and the Netherlands.