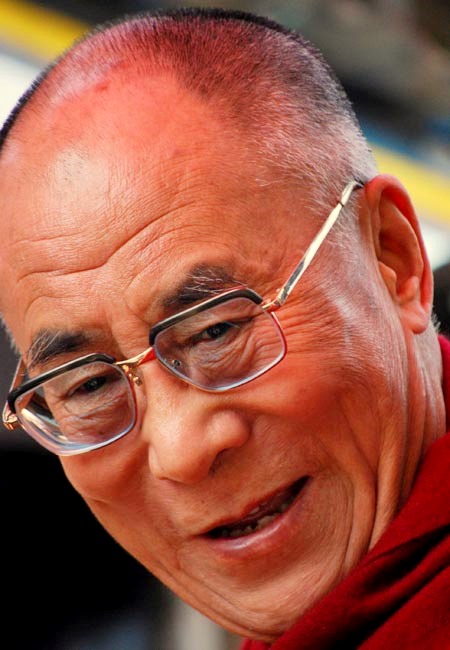 Dharamshala: Tibet's Political and spiritual leader His Holiness the 14th Dalai Lama has been named by Time magazine among the world's top 25 political icons. Nobel peace prize winner and spiritual leader the magazine said is not only the greatest and most public advocate for Tibetan rights and the virtues of Tibetan Buddhism, but for interfaith tolerance and peace as well to people around the world."

"To countless Tibetans, His Holiness the Dalai Lama is a spiritual leader and a head of state in absentia. But to people around the world, Tenzin Gyatso is not only the greatest and most public advocate for Tibetan rights and the virtues of Tibetan Buddhism, but for interfaith tolerance and peace as well. For decades - and from exile since 1959 - he has worked to resolve tensions between Tibet and the People's Republic of China.

And like Gandhi and Martin Luther King, Jr. before him, the Dalai Lama done so in a manner defined by nonviolence and tolerance. In 1989, he was awarded a Nobel Peace Prize for his efforts. Tibetan leader His Holiness "The Dalai Lama's humility has endeared him to presidents and religious leaders of several countries, affording him the opportunity to raise awareness and drum up support for Tibet on a global scale. His 1998 book, The Art of Happiness, sold more than 1.5 million copies in the U.S. and made him a New York Times bestselling author for nearly two years..."