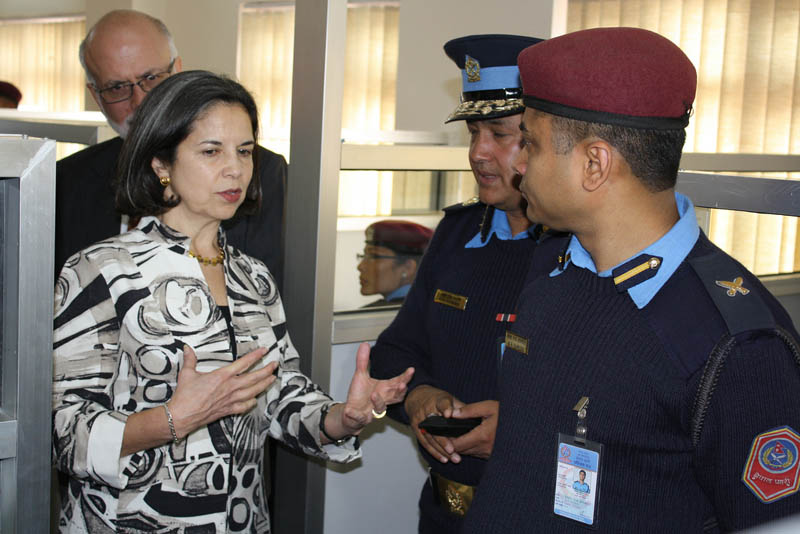 Dharamshala: The United States has strongly called on Nepal Monday (15 February) to honor a United Nations-brokered "gentlemen's agreement" on Tibetans fleeing their homeland. The 1989 pact suggested allowing Tibetan refugees a free passage through the Himalayan region of Nepal to Dharamshala in India.

U.S. diplomatic officials led by Undersecretary of State Maria Otero who also serves as the Special Coordinator for Tibetan issues raised the issue in a meeting with Prime Minister Jhala Nath Khanal. Otero also raised the issue of problems experienced by the children of Tibetan refugees living in various camps in Nepal for several years due to a lack of identity cards. She was joined in the meeting by Scott H. DeLisi, the U.S. ambassador to Nepal.

After the meeting Otero told media persons that the need for the government to treat Tibetan refugees as per international human rights obligations. "We made it clear that this is an important issue for us and that we are concerned about. And we will proceed to look at it very carefully."

The envoy called on Nepal to honour the UN-brokered "gentlemen's agreement" on Tibetans fleeing their homeland. She raised the issue of free passage for the refugees from Tibet. "There is a stable practice while dealing with Tibetan issues which ensures providing them free passage to India," the US envoy was quoted as saying by the Kantipur online.

She highlighted the problems faced by the Tibetans in the Himalayan region, according to Milan Thuladhar, foreign relations adviser to the Nepal PM. He reported that Prime Minister Khanal told the officials that his government has been dealing with the issue of Tibetan refugees according to its international human rights obligations. "We will deal with the issue taking into account the concerns of our immediate neighbors -- China and India," he quoted the prime minister as saying.

Nepal claims it supports the so called "one-China policy" that views Tibet Autonomous region as an integral part of China. It has repeatedly claimed its giant northern neighbor that it will not allow its territory to be used against China. Despite tight security enforced by the Nepalese and Chinese government in the Tibet-Nepal border areas, every year some 2,500 Tibetans cross the border on their way to seek refugee status and to meet their spiritual leader His Holiness the Dalai Lama

There are more than 20,000 Tibetan refugees living in about 12 settlements across the country. Earlier in the day Otero also visited Tibetan Reception Center in Kathmandu and also met with Tibetan refugee leaders to know about the problems and hardships they face in the country, some of newly arrivals whom are awaiting clearance for going to Dharamshala, where their spiritual leader Dalai Lama is based since fleeing from the occupied Tibet.

China has used its financial muscle to pay off the Nepal government to crackdown on Tibetan refugees living in Nepal, according to secret US cables recently published by WikiLeaks. According to international media reports, for offenses as minor as staging peaceful demonstrations, shouting anti china slogans or demanding human rights and religious freedom in their occupied homeland Tibet, large numbers of Tibetan refugees including women and school children were badly beaten and detained regularly, and in some cases imprisoned, by Nepal security forces and police since a deadly riot broke out in the Tibetan capital Lhasa on March 14 followed by mass demonstrations in all parts of Tibet.

In 1989, strong pressures from the Chinese government and the growing number of new arrivals led Nepal to initiate a strict border-control policy. The Nepalese government made clear that it would henceforth refuse to accept or recognize new Tibetan refugees. Presently the Chinese influence is so strong that Nepal, which was once supportive of the Tibetan, is now turning away Tibetan refugees and handing them over to the Chinese.