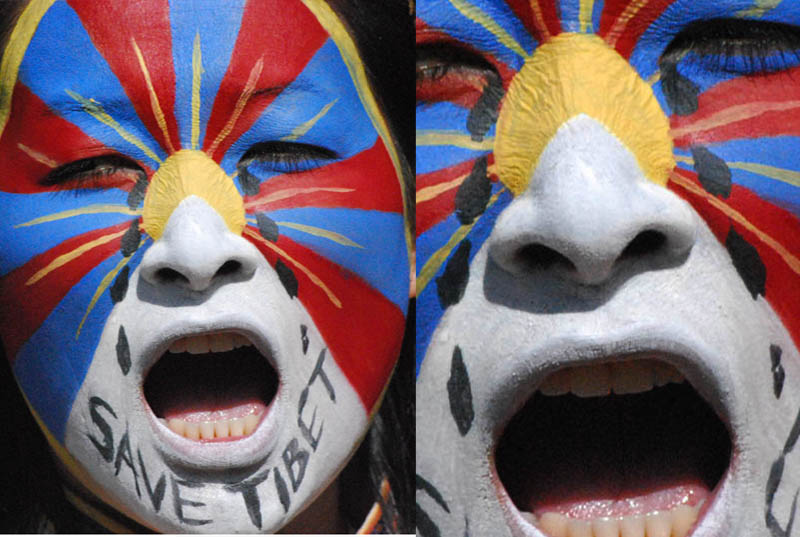 Oakland: - More than six decades after Communist China's invasion of Tibet the sad reality remains that Tibet still is not free but continues to be terrorized by its invaders. United Nations for a Free Tibet, along with Tibetan exiles, many other Free Tibet groups/organizations and their supporters in dozens of countries, shall once again march on March 10th to commemorate the 52nd anniversary of the Tibetan Uprising of 1959 and to show solidarity with the nonviolent and democratic movement of Tibetans in Exile. This is the most politically significant day in the Tibetan calendar.

A press statement released on March 1st, 2011 by United Nations for a Free Tibet said "about 86,000 Tibetan men, women and children were slaughtered by Communist Chinese troops after an uprising in 1959 against Communist China's illegal occupation of Tibet, and the total figures are well in excess of 1.2 million Tibetans who have lost their lives over the years against the Communist Chinese regime. However, as said by Jigme Norbu, Nephew of His Holiness the Dalai Lama, "We have nothing against the Chinese people. They're human beings just like us. It's the Communist policies we are totally against." Tragically, Norbu was killed by a car accident during his most recent *Walk for Tibet* in Florida.

Tibetans and Tibet supporters in the USA, Belgium, Germany, India, Australia, and many other countries of the world are uniting for a day of peaceful demonstrations to draw attention to the dire Tibetan situation. To this date, Governments of the world still do not speak against the increasing acts of violence by the Communist Chinese army against defenseless Tibetans inside their own country. Freedom of speech, press, association, jobs, and religion have all been taken away from a nation which was never a part of China.

The destruction of Tibet's culture and oppression of its people was brutal during the 20 years following the uprising. 1.2 million Tibetans, one-fifth of the country's population, died as a result of Communist China's policies, according to an estimate by the Tibetan government in exile. Many more languished in prisons and labor camps, and more than 6000 monasteries, temples and other cultural and historic buildings were destroyed and their contents were pillaged. Tibetan political prisoners endure harsh prison conditions, including torture, deprivation of food and sleep, and long periods in isolation cells. Reading an autobiography of the Dalai Lama or talking about freedom to friends in Tibet can be classified as ‘endangering state security'.

The atrocities China lashes onto a defenceless people never stopped but in fact have increased the last 10 years a 100 fold: they are truly on a road to annihilate all Tibetans and make Tibet a Chinese province.

"March 10 is Tibet Uprising Day and everywhere this shall be a day to raise awareness for Tibet. Sadly, we need to add, again. Everyone longs for the day that no more marches of protest shall be necessary, but only marches of celebration for a Tibet that has regained its freedom from great oppression" said Brigitte Graefin von Bulow, Chair of United Nations for a Free Tibet. Not with violence but with peaceful demonstrations, we encourage everyone to join, to raise the Tibetan flag, wear a Free Tibet shirt and become part of an ever faster connected world via FB and internet to get the world involved in helping Tibet."