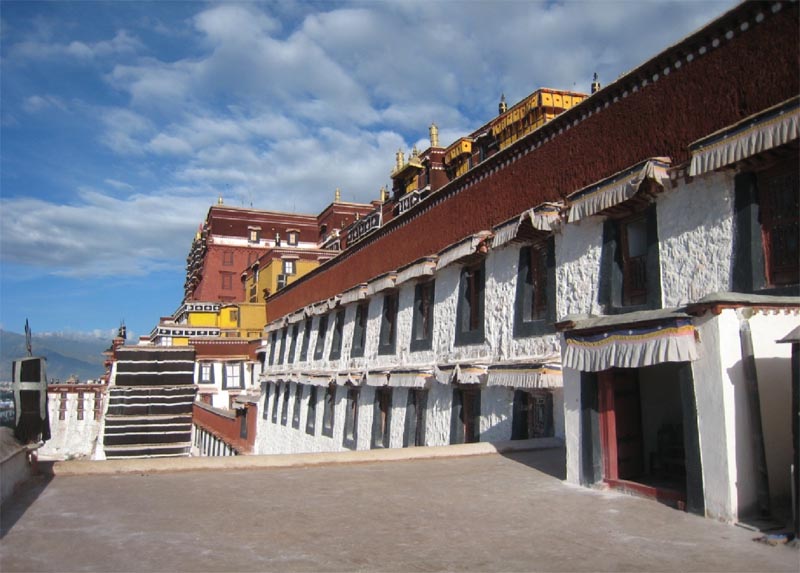 Dharamshala: - Headway is being made between Washington and Beijing as a rare Senate staff mission to Tibet led to recommendations that the United States works closer with China for the Himalayan region. Despite the close ties Washington has with Tibet and particularity his Holiness the Dalai Lama, Chinese authorities allowed four U.S Senates a visit to the Tibet Autonomous Region between September 7th to 19th 2010.

The report produce mixed views, and the Senates, who are the first members of the ‘Senate Foreign Relations Committee' to visit the region since 2002, were closely monitored by Chinese officials, and taken to specific locations in Tibet. The committee oversees U.S. foreign policy and had negotiated the trip to the region for many months. The visit highlights growing confidence in China's stability of the region,as well as its human rights record.

The SFRC staff members aimed to gain a glimpse into the lives of Tibetans from many walks of life - herders, monks, pilgrims, small business operators, and teachers. It was also designed to provide access to both rural and urban areas; with a 25 hour train journey to meet officials in Lhasa to remote villages in the Yarlung Valley.

The report from the trip, released this week, aimed to provide areas of common ground, yet also voiced concerns regarding Human rights and sustaining Tibetan culture in the region.

In an interview with a passenger on a train on the Quinghai-Tibet railway, the Senate highlights that local Tibetans have mixed feelings about Chinese influence in the region;

"She spoke of her excitement at getting to present Tibetan culture at Expo, but also of her family's sense of dislocation and unease about the changes underway in Tibet - changes that she characterized as both positive and negative. She said that her family's overall quality of life, including income, housing, education, and health care, had improved ..but she complained about Han migration into Tibet and about "unnecessary interference" by authorities in the religious life of Tibetans, especially the heavy police presence in Lhasa since 2008.

Her mixed views of the impact of modernity and Chinese rule in Tibet were typical of those expressed by many average Tibetans with whom staff members spoke during our visit."

The Senate spoke very highly however of China's hand in economic development in the region; particularly of new road infrastructures, railways and electricity supply to some of the furthest reaching regions of Tibet. The report found many Tibetans to be appreciative of the new housing provided by the Chinese authorities, yet many said they would continue to live a semi-nomadic life; living in Chinese provided housing during the winter, and living a traditional Tibetan lifestyle during the warmer months.

However, although economic development and China's investments in Tibet have clearly improved the lives of many Tibetans, discrimination, Han migration, and growing income inequalities are also fueling discontent.

Restrictions on religious practice are also a major source of unhappiness for many Tibetans, especially for monks, nuns, and other devout Buddhists. The report argued that Chinese official statistics did not match with what was obvious at ground level; for example, officially Lhasa has a 95% Tibetan population-according to Chinese officials. However, the Senators found it obvious that the number was nearer 60% in Lhasa, and that Han migrants had a far greater presence in the city.

Concern was also voiced on the strict military presence in Lhasa, noting the enormous number of police present-plain clothed and uniformed; as well as the Security Cameras which are present on major religious buildings. This led to concerns over the freedom to conduct religious practice, and appeared as a deep concern for the Senate.

The delegation also said Washington should keep urging Beijing to contact the Buddhist leader, the Dalai Lama, and other exiled Tibetans.

"There are steps that the United States can take that might not only bring direct benefits to the Tibetan people, but also begin to build a foundation of trust between Washington and Beijing on Tibetan affairs," the report by the Senate Foreign Relations Committee says.

Although the response from Chinese officials largely ignored human rights; many highlighted the privileges that Tibetans are entitled to. The report highlights that:

‘apart from exemption from the "one family, one child" rule, Tibetans receive some other special benefits, including preferential access to elite universities for those few who qualify based on test scores and completion of high school. But many Tibetans told us they do not feel privileged. They feel disadvantaged, particularly by the influx of ethnic Han Chinese to Tibet'.

Washington is being careful in this report not to upset China, and is playing a careful game by highlighting both positive and negative aspects of the region.The delegation said that the U.S. could work with China in projects on sustainable economic development, environmental protection and cultural preservation. It called for the establishment of a U.S. consulate in Lhasa, which so far, China has not opted in favour of. Although the mission is not proposing direct U.S. funding to the Chinese government, what is new about this report is the offer of joint projects with China; an enormous step in the direction of democracy.