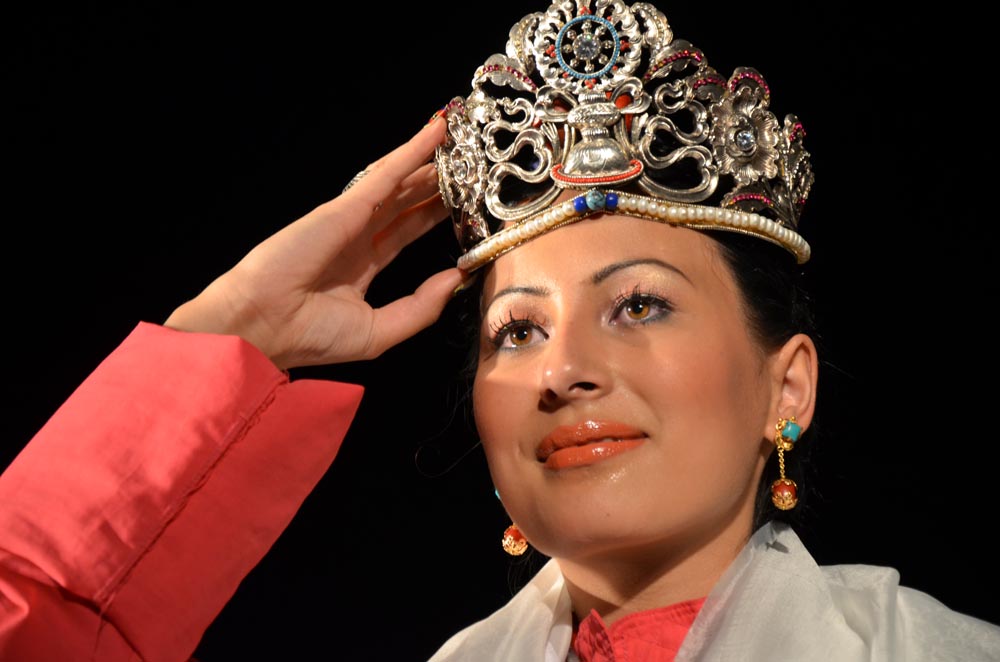 Dharamshala: - The youngest participant in the Miss Tibet pageant , Tenzin Yangkyi was crowned as Miss Tibet-2011 on Sunday evening. She won the title defeating the other five participants in the contest. Ngadhup Dolma from Australia was crowned the first runner up and Dolma Tsering from Bangalore, South India was crowned second runner up. Tenzin Yangkyi was also crowned Miss Photogenic based on the votes that were cast on the website of the pageant.

Tenzin Yangkyi is a Tibetan student from Zurich, Switzerland. She was born in 1993 and has just completed Class 10. She can speak Tibetan, German, and English, and likes singing, dancing, travelling, and sports.

In her opinion, "Miss Tibet can help the Tibetan issue in a great many ways. Being Miss Tibet means representing Tibet, and the name itself only gets the attention of the media. The media is the ultimate way to raise Tibet's voice to the world. Specially, Miss Tibet can help raise awareness of the Tibetan issue within the youngsters."
Yangkyi aspires to make modelling her career. She has already done modelling a few times and was appreciated by her mentors. Fortunately for her, she is from one of the more liberal Tibetan families who support her in her endeavours.

When the judges asked her how she would contribute towards the cause of Tibet?
Yangkyi said, "Tibetan women are educated and beautiful but role models are needed to ensure their effective participation in Tibet cause and Miss Tibet can be the role model to spread awareness."

The first of the seven rounds of the competition, the Swimsuit Round was held on 3 June. The Talk and Talent Rounds were held on the 4th. The Finale Night, had the Introduction, Evening Gown, Traditional Costume, and Interview Rounds.

The Free Spirit Award 2011 was also announced on the occasion. It was presented to Russel Norman, a member of Parliament in New Zealand, for his call for freedom and democracy in Tibet when the Chinese Vice-President Xi Jinping was visiting the country last year.