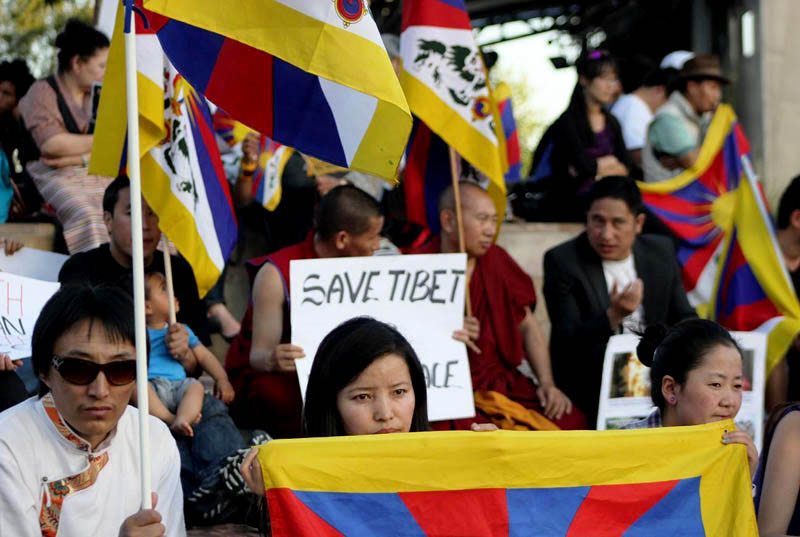 Melbourne: The Tibetan community in Melbourne, Australia has today, 19 October joined the global Hunger Strike of October 19th called for by His Holiness the Dalai Lama in response to the recent stream of self-immolations in Tibet, gathering outside the Chinese consulate in the state's capital.

The group chanted slogans and held several minutes' silence in honour of the young martyrs who have given their lives in the struggle for greater freedom for Tibetans under Chinese rule.

Several speakers addressed the gathering including Robert Perry, of the Australia Tibet Council (ATC); Sonam Dolker from the Tibetan Women's Association; the President of the Chinese Democratic Party and Tian An Men Times Managing Director Frank Ruanjie; as well as the head of the China-Tibet Friendship Association in Australia and Mr Tenzin Lobsang Khangsar.

During the evening a candle-light vigil was held in Federation Square, the busiest part of the city, where The event was covered by members of Chinese and Australian press and the day's proceedings were also filmed as part of a documentary.

Similar Hunger Strikes were held today in cities around the world to show solidarity with the Tibetan cause, and another is to be held this Friday in Sydney in honour of the growing number of Tibetans sacrificing themselves for freedom, a trend which is sadly showing no signs of relenting anytime soon.