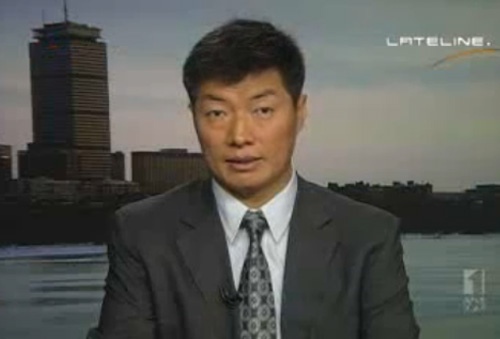 DHARAMSHALA: - In the wake of increasing violence in Tibet, Tibetan Prime Minister Dr. Lobsang Sanjay called for greater actions to be taken by the international community in support of Tibet.

During Dr. Lobsang Sanjay's visit to The United States, he has indicated that he believes that the governments of the world should organize a fact-finding committee to enter into Tibet and reveal the human rights abuses being committed there.

"We want the Australian government or the US to send delegations to Tibet as to find out what exactly is happening, why Tibetans are self-immolating. Why they're protesting, why the repressive policies of the Chinese government is resented by Tibetan people. This kind of fact-finding delegation will provide a better light as to what are the main grievances of the Tibetan people, and how best to find solutions," said The Prime Minister in an interview with Australia Broadcasting Corporation's Emma Alberici.

When Alberici asked The Prime Minister if he had appealed to international powers to investigate Tibet, he responded, "Yes, we have actually, from the Tibetan parliament and [inaudible], and we have written letters to different heads of state urging them, and we have issued open statements to international community to send fact-finding delegation to the United Nations as well - to send special investigator to Tibetan areas, and for journalists to have access to the area so we know exactly what is happening."

He went on to mention that, though representatives of The United States from Chengdu attempted to enter Tibet, they were unable to do so due to Chinese Security Forces.

When Alberici asked about Australia's efforts, she mentioned that China and Australia had close economic ties that may be preventing the Australian government from condemning human rights abuses in Tibet. Despite this, Lobsang Sanjay only had words of praise for Australian Foreign Minister Paul Rudd's human rights record, as well as his willingness to address the Tibetan issue with Chinese dignitaries.

During his trip to The United States, Dr. Lobsang Sanjay has also expressed a great deal of optimism regarding the Tibetan cause. In both a lecture in Western Connecticut State University and in his interview with Alberici, Lobsang compared the Tibetan cause to other "hopeless" causes like the end of Apartheid in South Africa, the end of the partition of Germany, and Mahatma Gandhi's struggle against the British colonizers.

Despite this, he is quite aware that the situation in Tibet is getting direr with each passing day. "...there is more hardline reaction. [The Chinese are] sending more troops. They're cracking down on more Tibetans and no tourists are allowed now, no journalists are allowed. Even Chinese visitors are discouraged from visiting Tibet. So they're really sealed off," The Prime Minister said in his interview with Alberici.

He expressed further concern that the security may become more intense with The Tibetan New Year and Uprising Day fast approaching, "We are extremely worried as to what kind of hard-line policies and crackdown the Chinese government is going to implement."

He also expressed a great deal of concern over the Chinese reaction to protests and self-immolations, "the local party official in Lhasa has declared quote-unquote ‘war' on protestors and Tibetans. Which government in the world would declare war against their own people?"

When asked about the ballooning number of self-immolations occurred in Tibet, he offered only words of sadness for the self-immolators, "They would choose to die than leave. This is a sad commentary on the failed policies of the Chinese government."

Dr. Lobsang Sanjay is currently visiting the United States, Canada, and European Union over the course of 11 days to spread awareness about Tibet. He is scheduled to return to Dharamshala on March 3.