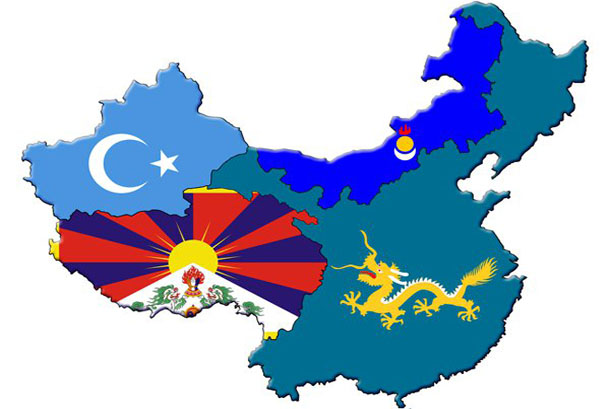 BRUSSELS: On Wednesday 29th February 2012, an important issue was discussed at the European Parliament in Brussels, a topic that is so unknown and that is kept silent by the Chinese authorities already for decades.

The People's Republic of China began to develop its nuclear weapons programme in 1951 following a secret agreement with Moscow which exchanged Soviet assistance for Tibetan uranium. Although this coorperation ended in the 1960s, China made rapid progress and detonated its first nucelar bomb, codenamed ‘596' in October 1964 in East Turkestan. From 1964-1996, 46 confirmed nuclear detonations have taken place at Lop Nor in East Turkestan, and 22 underground tests were undertaken, including thermonuclear blasts, neutron bombs and an atomic bomb. Urumqi, Turpan, Qumul and Korla are cities in East Turkestan with Uyghur populations that reside within 320 km from the test site. It is believed that 200,000 people have died and at least 1.5 million people have been affected by radioactive material during the 32 years of nuclear tests at Lop Nor. The total amount of plutonium released in the atmosphere in East Turkestan is estimated to be 6 million times more than the Chernobyl accident, which affected one million people worldwide.

Dr. Enver Tohti worked as a cancer surgeon in Urumqi in East Turkestan. Secretly and systematically he recorded details of cancer cases after he became alarmed of high rates of the disease amongst Uyghur patients. In 1997 Dr. Tohti leaked his findings to a team of western journalists and an undercover documentary film about the nuclear tests was made in 1998: "Death on the Silk Road". The documentary was broadcast in over 80 TV channels including Japan and the UK (Channel 4). As a result, Dr. Tohti was forced to leave East Turkestan and was granted refugee status in the UK in 1999.

Dr. Tohti: "In the past I was the leader of demonstrations in East Turkestan. China called me ‘one of the top terrorists'. In that time, almost 30 years ago, no one got arrested after a demonstration, the students who participated in the protest were kicked out of the University. During Xi Jinping's visit in the US recently, Hu Jintao's successor mentioned that human rights in China have improved much. The reality is very different. After the demonstration in Urumqi on 5th July 2009, several thousands of people were killed and lots of people are still missing."

Dr. Tohti stated that the nuclear tests in East Turkestan have affected millions of people and an independent investigation and a compensation for the victims is needed. "The Uyghur people live in fear, constantly. We have to think about the nuclear victims and the environmental effects. Today we speak for these victims."

"Lop Nor is a tourist area now. The Chinese say that there is no problem. However, the human cost is immense. I have worked at the hospital at Urumqi and I have done undercover research. In 2008 the hospital was expanded with two new and very big buildings and it became the biggest cancer hospital in whole China. In 1997, there were 500 beds in the tumor hospital in Henan and 500 in Xinjiang. In 2008 there were still 500 beds in Henan but 2000 in Xinjian. Many countries also have paid lots of money to dump their nuclear waste in East Turkestan. This nuclear waste has to stop and victims should get a compensation."

"Making the documentary ‘Death on the Silk Road' was very risky. I have done undercover research and the documentary was made in 6 weeks time. In order to visit certain places we had to pretend that we were tourists. We also met disabled people, victims of the nuclear tests, I brought the film makers in contact with them. We also had a doctor in our team that could talk with the victims. I also have discovered secret medical documents at the hospital in Urumqi, and a nurse secrectly told me that 90% of the patients in Xinjiang had blood cancer. From 1993 till 2000 double as many people have died of cancer. Since 1976 the cases of cancer have increased a lot."

"After making the documentary, the Chinese kept everything silent. Nothing has happened."

Mr. Vincent Metten of the office of International Campaign for Tibet (ICT) in Brussels explained the situation in Tibet, and the impact of the nuclear tests on the Tibetan plateau. "In 1993, ICT has published the report ‘Nuclear Tibet'. The Ninth Academy was responsible for designing all of China's nuclear bombs in the 1970s, and set up the first nuclear bases in China. In 1971 the first nuclear weapon was brought to Tibet, in Amdo. There are 3 nuclear bases in Tibet. Prisoners in labour camps were forced to do dangerous work in test sites. Tibet holds the world's most important known uranium reserves. The largest uranium deposits are in Tibet, near Lhasa. There are 9 uranium mines in Tibet now. The Lop Nor nuclear tests have affected the Uyghur people in East Turkestan and also Tibet."

Journalist, photographer and writer Mrs. Antoinette De Jong from The Netherlands and freelance photographer Robert Knoth have been working on various books and exhibitions. "Certificate no. 000358" is a project about the impact of several nuclear disasters in the former Soviet Union. Between 1999 and 2005 they have visited 4 places in the former Soviet Union: Kazakhstan, the Urals, Chernobyl and Siberia. Their pictures are examples of what has also happened in Lop Nor. "There is no proper health care, the victims had to pay the costs for health care themselves. In hospitals, the effects of radiation were studied, cases of leukaemia, bone cancer, skin cancer, breast cancer, brain tumors, bone diseases etc. The Techa river is a water supply for many people, but as the water was affected by radiation, this also had a big impact."

During a question and answer session, human rights defender Dr. Gaudi-Nagy Tamás who is a Member of the Hungarian Parliament, stated that the nuclear tests disasters in East Turkestan is very sad. "It's a genocide, and the European Parliament is a good floor to raise this issue. It's also important to raise this issue to the United Nations. This is a top human rights issue, justice is needed for the Uyghur people."

Mr. Hassan T. Aydinli of the Iraqi Turkmen Front in Belgium asked Dr. Tohti about the compensations for the Uyghur victims. Dr. Enver Tohti answered that this is a very difficult thing. "In order to establish a system of compensation, the Chinese first have to admit their fault, and when they do they have to give money to the victims, so this is extremely difficult. I have no idea how this could be possible." Dr. Tohti has written lots of letters and e-mails to many people and organisations, even hundreds, but with no answer. "For me it's also difficult as I can not go back to East Turkestan, so there is not much I can do."

The UNPO, the WUC and the Nonviolent Radical Party, Transnational and Transparty of Italy are going to raise this issue to the United Nations.

After the speeches by Mr. Martin Schulthes who is the UNPO Project Coordinator and Mr. Hanno Schedler of the Society for Threatened People, Member of the European Parliament Mr. László Tökés gave a statement. "We have to emphasize the moral aspect of this issue. Ignoring this subject would be totally immoral. The Uyghur people suffer so much of the oppression. The basic, fundamental human rights are so much more important than the economic prosperity of China."

Mr. Jean Marie Rogue, EU Liaison Officer of the International Federation for Human Rights, stated: "We have to break the wall of secrecy. The EU and China should have a constructive dialogue, also about human rights, the protection of the minorities, the release of the political prisoners etc. This dialogue should have effect on the ground in China, this is most important of all."

Mr. Dominique Lalanne, Chair of the Armes Nucléaires STOP and expert for Observatoire des Armements in France, referred to other cases in which victims of nuclear tests got compensations. He also mentioned the fact that his country France has done nuclear tests in the Sahara desert in the past as well.

At the end of the conference, Mr. Dolkun Isa, General Secretary of the WUC, was handed over several presents as an appreciation for his work. He expressed his gratitude to all the participants of the conference.

Mr. Dolkun Isa: "200,000 people have died because of those nuclear tests and millions of people were affected. This happened 30 years ago. We should not forget this and raise this issue at the UN. China has to ratify the Comprehensive Test Ban Treaty that they have signed in 1996 but never ratify. China has to allow an independent research to find out the extent to which the Uyghurs have been effected by nuclear testing. They also have to implement the necessary measures to provide compensation to the victims. This would bring China in line with current policy developments in the US, Russia and France. China has to recognise their responsibility for the continuing suffering and provide appropriate medical care. The international community, including the EU, the UN and environmental NGOs must continue to draw attention to this neglected issue."