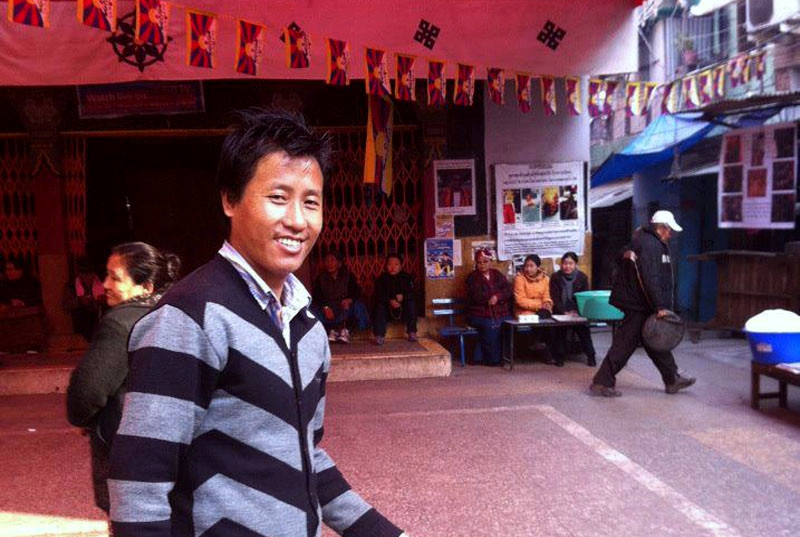 Dharamshala: - A young Tibetan man, who set himself ablaze during a protest against Chinese president Hu Jintao's India visit, passed away at a New Delhi hospital on Wednesday morning, March 28.

Jamyang Yeshi (26) breathed his last at the Ram Manohar Lohia Hospital at 7:30am, said Dr L K Makhija, who was treating him. Yeshi had on Monday set himself on fire in Jantar Mantar where Tibetans were protesting against the visit of Hu Jintao.

At least 29 Tibetans, many of them Buddhist monks and nuns, have set themselves on fire in Tibet demanding freedom for their homeland. Yeshi became the second Tibetan to die in India after setting himself on fire during protests. Thupten Ngodup, a 60-year-old set himself on fire in Delhi and died on April 27th, 1998 for the Tibet cause.

Yeshi had escaped to India from Tibet in 2006 and had been living in New Delhi for the past six years, according to protest organisers.

A letter written by Yeshi was found after his protest in New Delhi, urging the international community to speak up for the current grave situation inside Tibet.

Hundreds of Tibetans in Dharamshala, including Dr. Lobsang Sangay and other top oficials of the Central Tibetan Administraiton, this evening participated in a mass prayer session for Jamphel Yeshi and Tibetans across the globe held similar prayer events in honor of their compatriots.