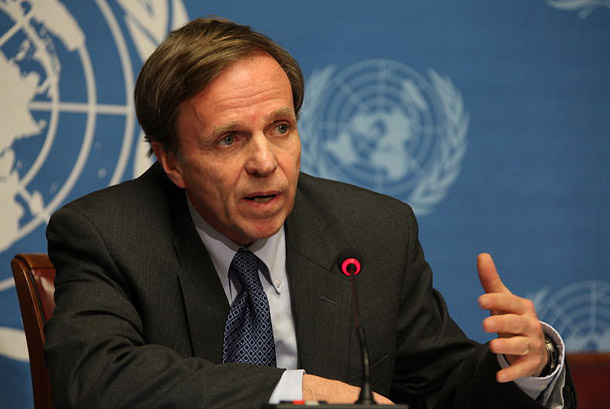 Dharamshala: Three of the families of Tibetans who have self-immolated since 2009 were met anonymously by top US officials, in a bid to voice grievances over tightening security crackdowns amid an escalating wave of protests in Tibet this week.

Nuland highlighted the secretaries deepest condolences and grave concern for the spiraling violence and harsh crackdown in Tibetan areas, as well as grief with regard to the self-immolations.

“We remain very concerned about rising tensions that result from counterproductive policies, including those that limit freedom of religion, freedom of expression, freedom of assembly and association in Tibet,” she added.

“We are going to continue to raise this publicly and privately and urge the Chinese government, at all levels, to address policies in Tibetan areas that have created tensions and that threaten the distinct religious, cultural and linguistic identity of the Tibetan people” Nuland stated.

Self-immolation as a form of protest has soared in recent weeks, with a reported (estimated) 21 cases in November at around 90 since 2009.

The unusual move by US officials to speak directly to those involved in self-immolation cases will come as a welcome step by Tibet and and Tibet groups. However it remains to be seen what actions will be taken to follow up the concerns raised to the Chinese government and the International community, amid an alarmingly passive response on the escalating situation form foreign governments.