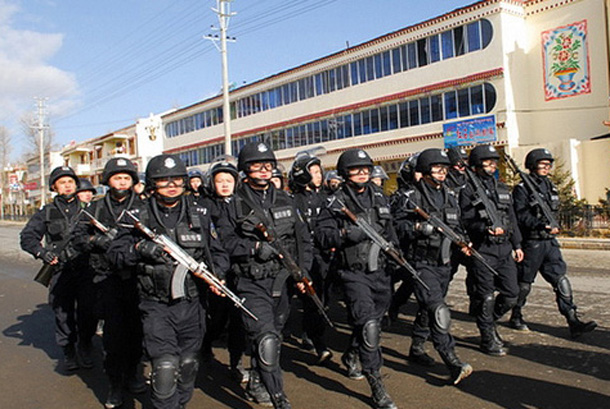 Although the constitution of the People's Republic of China (PRC) recognizes "freedom of religious belief", this human right remained to be increasingly violated during the last year. More official interference in religious practice occurred, mainly in Buddhist monasteries and nunneries.

The term "Freedom of religion" is used in a way that does not meet international human rights standards. The Chinese Communist Party demands for example that religion has to be adapted to socialism and its members are not allowed to keep any religious beliefs or to participate in its activities.

In 2012 85 of the 117 Tibetan self-immolations have taken place. Chinese authorities accused the Dalai Lama and its followers for inciting these self-immolations and Tibetan Buddhist monasteries are often blamed for separatism due to their long for independence.

Numerous cases of societal discrimination were reported like discrimination in employment and business transactions, access to hotel accommodation, etc. Due to the fact that Buddhist religion is mostly an inseparable part of the Tibetan daily life it is sometimes difficult to make a distinction between ethnic and religious intolerance.

US government claims to have urged Chinese authorities repeatedly to respect the Tibetans' religious freedom and their cultural and religious traditions. It urged the Chinese government to work towards a constructive dialogue with the Dalai Lama and to put an end to policies that threaten Tibetans religious, cultural and linguistic identity.

Of the more than 10 requests for diplomatic access to the Tibetan Autonomous Region (TAR) submitted by the US government so far none was granted since it s last visit in May 2011. The TAR and some other Tibetan areas were largely closed to foreign visitors for most of the year.