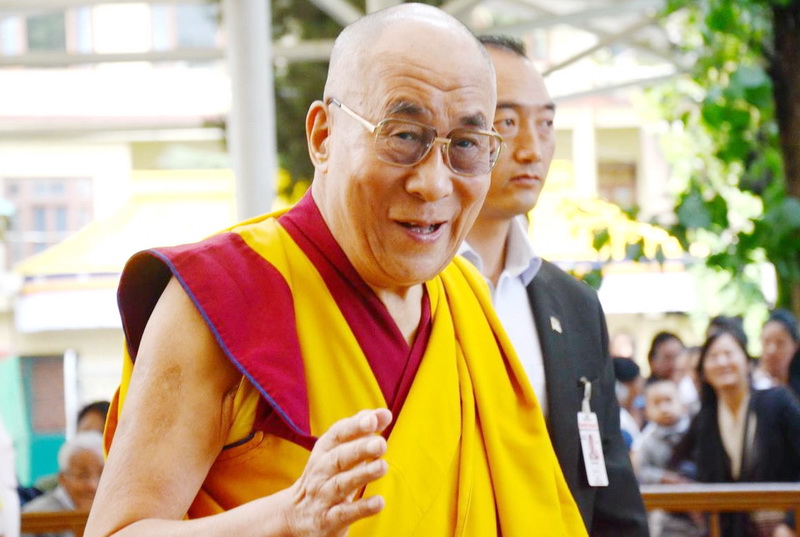 Dharamshala, September 4th 2013: His Holiness the Dalai Lama continued His teachings of Shantideva's A Guide to the Bodhisattva's Way of Life (chodjug) on September 4th at the main temple of Dharamshala, India. Chapter eight of the teaching, which has been allotted to devotees from Southeast Asia, delved further into one of Tibetan Buddhism's most important and prominent texts.

Having introduced the passages, sometimes known as 'entering the path of enlightenment', His Holiness carefully guided the rapt audience through Chapter Eight, which focuses on the perfection of meditation.

The esteemed Buddhist leader of Tibet drew upon both wit and wisdom to lead those in the temple, as well as the global audience online, though the revered passages, which are dedicated to the development of Bodhicitta (the mind of enlightenment), through the practice of the six perfections.

His Holiness confided: 'You should not be under the sway of a cherishing attitude, rather, cherish others', adding:

'The goal is to attain an omniscient state of mind; to see all things directly and simultaneously. In quantum physics we come to understand that nothing exists objectively. Because of this absoluteness, we become attached to others. We need to establish that there is something beyond this appearance; there is a reality'.

'Therefore we must oppose those distorted ways of existence. Those things that are reality, they have valid knowledge and valid condition. We need to develop wisdom realizing emptiness, to cut through false appearances... We must overcome selfish thoughts.'

The delegation of over 6000 devotees, including at least 450 guests from Southeast Asia, were certainly received with a warm welcome and careful guidance throughout the four hour session, in the scenic foothills of the northern state of Himachal Pradesh.

His Holiness again drew upon personal experiences, seriousness, and humour to engage the audience, finally concluding that: 'Tomorrow: [is the] laypersons vows, and generation of Bodhicitta. It's exactly 12 o clock, so we will immediately, stop no problem" he laughed, achieving yet another insightful teaching to His international disciples.

The teachings conclude on September 5th at the main Tibetan temple with vows and guidance, and a live webcast is available at http://dalailama.com/live-english