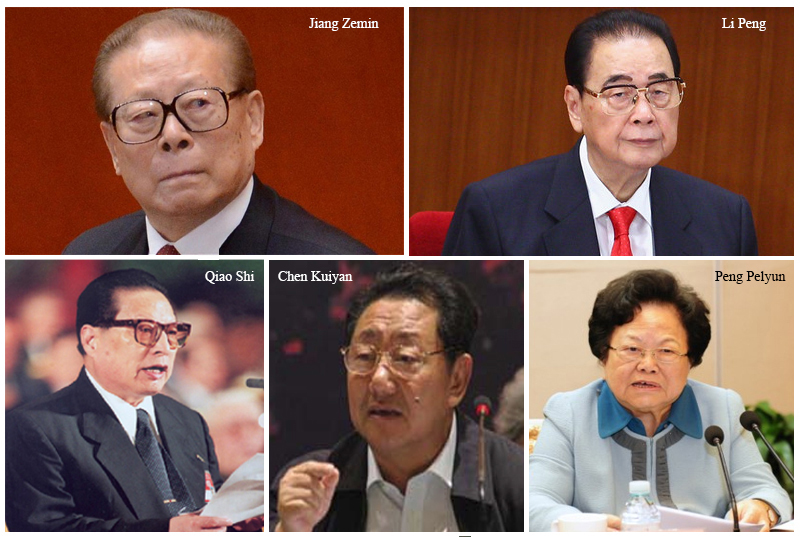 Dharamshala: - Spain's National Court on Tuesday, Nov. 19 issued international arrest warrant for former Chinese dictator Jiang Zemin and four other top officials as part of a probe into alleged genocide by China against Tibetans in Tibet.

Tibetan rights groups brought the case against Jiang, former prime minister Li Peng and three other Chinese officials, alleging they were responsible for "genocide, crimes against humanity, torture and terrorism" against Tibetans in the 1980s and 1990s.

Spain's National Court issued the arrest warrant under the doctrine of universal jurisdiction, which allows its courts to try certain cases of human rights abuses committed in other countries.

The court said it accepted arguments from Spanish pro-Tibet rights groups that international reports indicate the five may have had a role in the alleged genocide and should be questioned.

The three other defendants are China's former state security chief Qiao Shi; the Communist Party's leader in Tibet at the time, Chen Kuiyan; and Peng Pelyun, minister for family planning in the 1980s.

The Court wrote in a ruling released on Tuesday that there were "indications of participation" by the accused in the alleged crimes "given the political or military responsibility" they held at the time.

Former Chinese president Hu Jintao is also under investigation although his arrest has not been sought. When he was named in the probe, China's Foreign Ministry said the Tibet issue was a Chinese matter, adding that it hoped Spain would handle this issue properly.

Spain's legal system recognizes the universal justice principle, under which genocide suspects can be put on trial outside their home country. On those grounds the court said it "considered it necessary to approve the issuing of international arrest warrants" against the five.

Alan Cantos, president of Spain's Tibet Support Committee, which first pressed for the probe in 2008, expressed satisfaction with the court decision but was not overly optimistic that anyone would be brought to trial.

The court must process the arrest orders via Interpol. "It's not easy, but it's a big step," Cantos told The Associated Press. "They are stuck in their own country and a competent court is pointing the finger at them. It's so they don't have it too easy."

The Spanish court has also agreed to investigate a charge of repression in Tibet brought against China's most recent ex-president Hu Jintao, who left office last year.

The communist regime has previously described the investigation as interference in its affairs and called the claims "sheer fabrication."