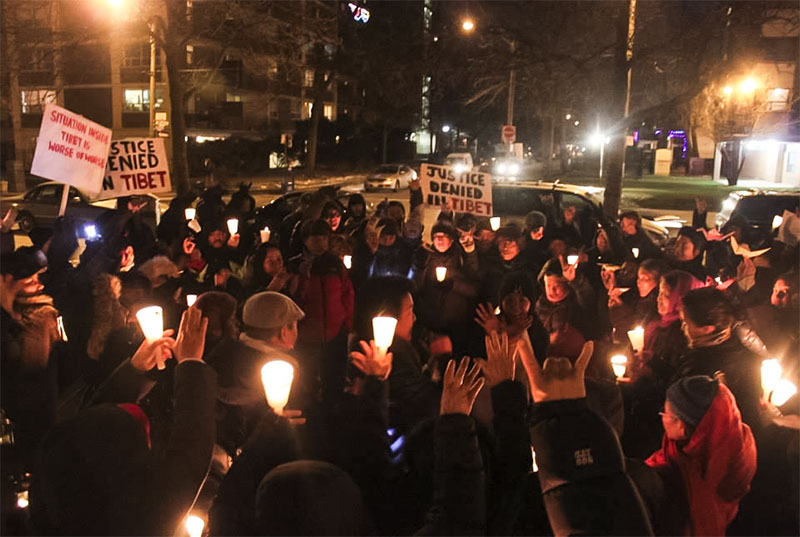 Toronto, December 23, 2013- The Canadian Association of University Teachers last week passed a resolution calling on all universities across Canada to end their ties with Confucius Institutes.

Confucius Institutes in various universities around the world are operated by the Chinese Communist Government, using 'cultural exchanges' and 'exhibitions' as part of their soft-power tactics to spread propaganda.

"Our educators here in Canada play a vital role in influencing the future of this nation, especially in terms of integrity, policies, and values." said Urgyen Badheytsang, National Director of Students for a Free Tibet Canada. He added, "By calling on all universities to end ties with Confucius Institutes, the Canadian Association of University Teachers have shown that they intend to uphold these values, values of the true north."

"I am deeply inspired by this action by the association of university teachers," said Norbu Tsering, North American MP of the Tibetan Government in Exile based in Dharamshala. "We have to look for and challenge all forms of oppression, both outside and ones that threaten to make their way into Canada."

Kayum Masimov, President of the Uyghur Canadian Society noted, "China today is a recently extended land-based empire which is struggling to justify itself, its repressive policies against its own citizen and especially towards its ethnic minorities. Canadian institutions should not be complicit in cooperating with the overseas branch of the Communist regime. Any association with the Confucius Institute is a stain on academic reputation and international standing of Canada""

Earlier this year in February, McMaster University in Ontario shut down their Confucius Institute for concerns about possible human rights violations and discriminatory hiring practices.

Students for a Free Tibet Canada and the Uyghur Canadian Society are members of the Coalition for Human Rights in China, a coalition of 15 Canadian organizations dedicated to ensuring there is strong attention to human rights in Canada's relationship with China.