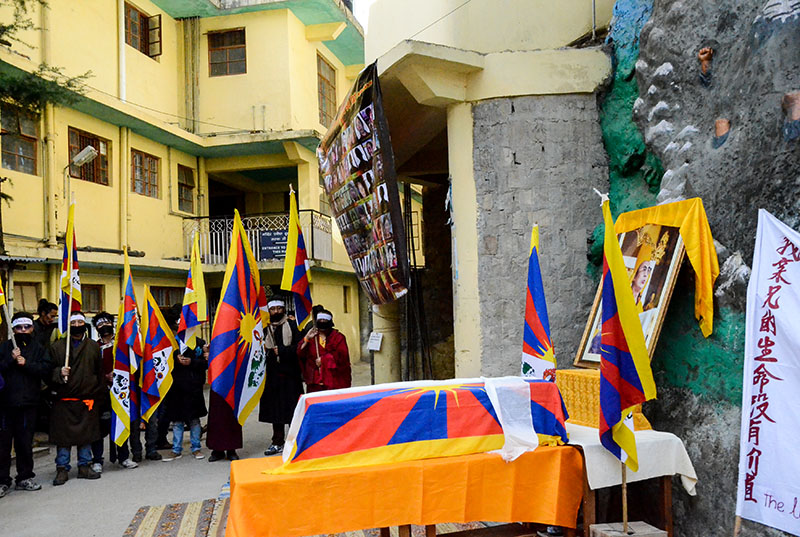 Dharamshala: - North Korea has a reputation as one of the most difficult places for outsiders to visit -- and for international journalists, it's one of the hardest places from which to report. But there's a place that allows even fewer foreign reporters than North Korea does: the China-controlled Tibet.

That's according to Tibet scholar Carole McGranahan, who is a professor of the University of Colorado at Boulder and who made the point during a recent lecture at Yale University, video of which is embedded below. McGranahan discussed the rising trend of Tibetan self-immolations – a form of political protest against Chinese rule – and the challenge of understanding Tibet's turmoil.

Beijing's near-total isolation of Tibet, though, makes it awfully difficult for the outside world to see or understand what's happening there. Presumably, that's part of the point; Chinese rule in Tibet can be shockingly severe, as can the ongoing efforts to assimilate Tibetan people and culture into the rest of China.

Starting at about 15:00 into the video, McGranahan discusses one of the major challenges facing an anthropologist like herself who wants to study Tibet: simply getting information. She can't go herself unless she sneaks in, which is risky; she can't "call up friends in Tibet" without "putting them at risk," she says; Tibetans living in exile face the same problem.

The comparison to North Korea is not an invalid one. The Chinese government, by and large, has not been anywhere near as severe or restrictive as North Korea's since leader Mao Zedong died in 1977. The two countries are just on very different paths, and being a journalist in most of China is much freer than being a journalist in North Korea. But within Tibet, some of China's old, totalitarian-tinged habits can still come through. The irony is that, in recent years, North Korea has been opening itself up to foreign journalists – albeit under extremely tight restrictions – as China has closed them off from Tibet.

The Associated Press even has a tiny bureau in Pyongyang; a deal with the devil, some critics charge, but if nothing else it produces an awful lot of very good photos of life in North Korea. There is nothing close to an analogous foreign media presence in Tibet. Sometimes the best we can do is satellite images, taken from thousands of miles away in space.

"There have been a handful, a very small handful, of journalists who've managed to get in and do some reporting," McGranahan says. "But in general, the line that I like to use is that there are more foreign journalists right now in North Korea than there are in Tibet."

The Chinese authorities have stepped up their persecution of independent Tibetan news providers in recent years, arresting Tibetans who are frequent information sources for external observers on the pretext that they carried out political activities aimed at destroying social stability and dividing the Chinese homeland.

"Every arrest of a Tibetan who tried to inform his peers and the outside world about the dramatic situation in Tibet plunges the region further into isolation," Reporters Without Borders (RWB) said in a statement on 16 October 2013.

"Instead of trying to turn Tibet into an information black hole, the Chinese authorities must put an immediate stop to these arbitrary arrests and release those detained without delay. We urge the international community to forcefully condemn their detention," said RWB.

The Paris-based watchdog: "There can be no justification for remaining silent in the face of these flagrant violations of freedom of information, not even the 'respect for sovereignty' that the Chinese government repeatedly cites in response to criticism of its repressive and discriminatory policies towards Tibetans."