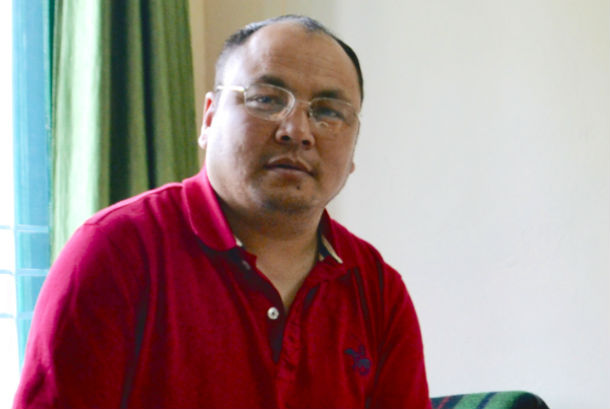 Paris: - Reporters Without Borders is extremely relieved to learn that Jigme Gyatso, a Tibetan monk who disappeared nearly two years ago in Tibet, has resurfaced safe and sound in the northern Indian city Dharamsala.

There had been no news of Gyatso – who helped Tibetan filmmaker Dhondup Wangchen to secretly film the documentary Leaving Fear Behind in 2008 – since his arbitrary arrest by the Chinese authorities in September 2012.

"It is wonderful to learn that an information hero who had been missing for nearly two years has resurfaced safely and in relative good health," said Benjamin Ismaïl, the head of the Reporters Without Borders Asia-Pacific desk. "This is excellent news."

"But our delight can only be partial because we are still very concerned about Dhondup Wangchen, who remains in prison. We urge the Chinese authorities to free him and all others whose only crime has been to enable a discriminated people to use its voice."

No information has so far been made public about how Gyatso escaped or how he spent the past two years. He has announced through the Tibetan Centre for Human Rights and the Swiss organization Filming for Tibet that he will provide this information at a news conference at 11 a.m. on 28 May in the Hotel Tibet.

Contacted by Reporters Without Borders, Yeshe Choesang, editor for the Tibet Post International, an online newspaper based in Dharamsala, said : "I am very happy to hear about Jigme's escape to India, a free country, where he is free to express the Sufferings of the Tibetans inside Tibet without fear of arrest, imprisonment or any other form of punishment, including torture".

Leaving Fear Behind, which consists of interviews with 108 Tibetans, was screened clandestinely in Beijing as the 2008 Olympic Games got under way. Gyatso was immediately arrested and was sentenced to seven months in prison, during which he was beaten and tortured. Released in October 2008, he was detained arbitrarily again in 2012.

New measures restricting the flow of information have meanwhile just been announced by the authorities in Golog, a prefecture with a mainly Tibetan population in Qinghai province. According to an official document, all of the prefecture's monks are required to sign an undertaking to support the Communist Party and to demonstrate this support in their behaviour.

The document also says that using a telephone or the Internet to send information outside the region is strictly forbidden, as is "listening to external sources of information." The monks must also undertake not to leave the region during the next four years.

China is ranked 175th out of 180 countries in the 2014 Reporters Without Borders press freedom index.

For more informations on the May 28 press conference : This email address is being protected from spambots. You need JavaScript enabled to view it.