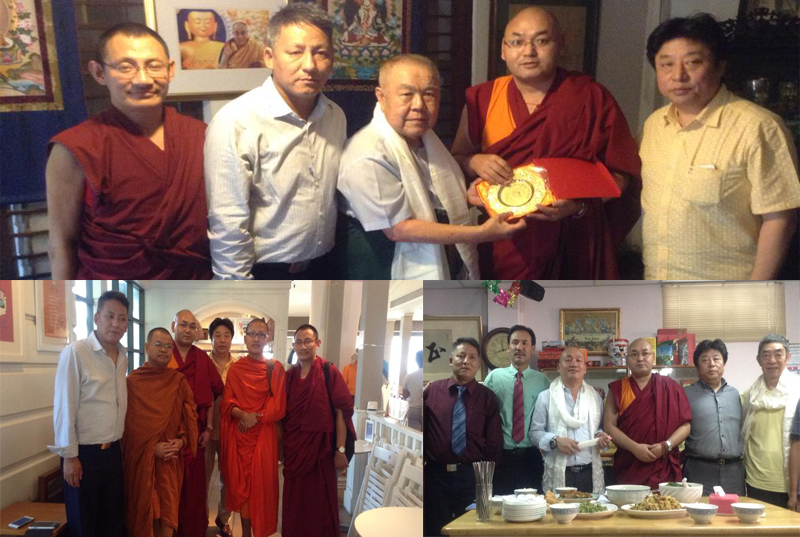 Bangkok:– In a move to strengthening groups and individuals supporting the Tibet issue across the world, a delegation of five Tibetan parliamentarians have successfully held a week-long lobby campaign in Thailand to highlight the critical situation inside Tibet.

The delegation met with, and discussed with social activists, writers, democracy activists and long time Tibet supporters including Mr Arjan Sulak Sivaraksa during its visit to Thailand, following their successful lobbying campaign in Taiwan.

During their visit, the delegation met social activists, writers, democracy activists and long time Tibet supporters including Mr Arjan Sulak Sivaraksa. The delegation apprised them of the critical situation prevailing inside Tibet and His Holiness the Dalai Lama's initiatives around the world.

The group also met Ven Win Mektropop, an influential Buddhist monk and Ven Phra Sangkom, a leading Buddhist teacher in Thailand and explained to them the repressive measures imposed by China on the religious freedom of the Tibetan people. He urged that Thailand, as a Buddhist nation, should support the Tibetan people in their struggle.

According to the delegation, they also explained His Holiness the Dalai Lama's three commitments in life, the Middle Way Approach of the Central Tibetan Administration to resolve the issue of Tibet and the wave of self-immolation protests that have swept Tibet since 2009.

On 16 December, the delegation participated in an informal meeting to discuss the Tibet situation with local Chinese residents of Bangkok. Over 20 Chinese including professors, former judges, former journalists, businessmen, Christian priests, took part in the meeting , presided over by Mr Kelsang Gyaltsen and Mr Cheng Weimin.

The Chinese participants conveyed their strong support to the Middle Way Approach of the Central Tibetan Administration and expressed their solidarity with the sufferings of the Tibetan people.