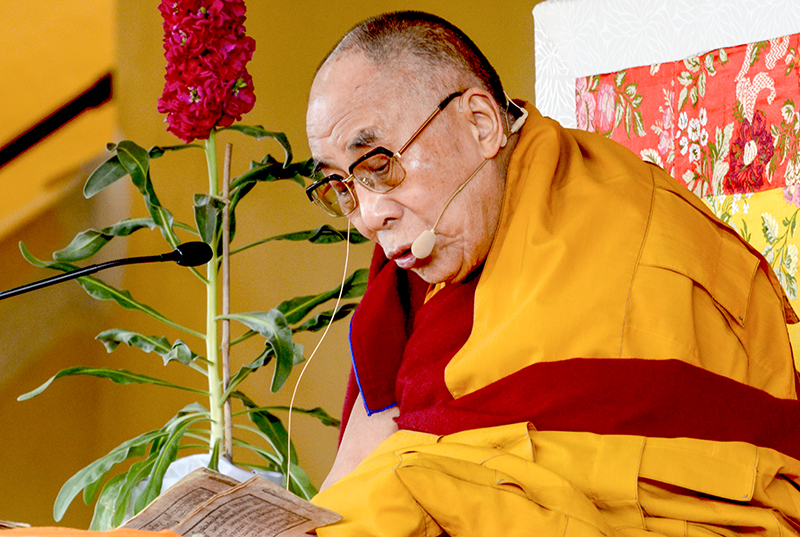 Dharamshala - The spiritual leader of Tibet His Holiness the Dalai Lama has conveyed his heartfelt condolences over the death of Singapore's first prime minister Lee Kuan Yew.

"On hearing of the passing away of veteran Singaporean leader Lee Kwan Yew, His Holiness wrote to his son, Lee Hsien Loong, the current Prime Minister, offering condolences to his family and the people of Singapore," the Tibetan spiritual leader said on Monday in his condolence message.

Referring to Lee Kwan Yew as an exemplary nation builder, the Nobel Peace Prize Laureate said that he had made and extraordinary contribution with vision and determination to Singapore's evolution into a highly developed, prosperous state.

The Tibetan spiritual leader "suggested that the best tribute that can be paid to the late leader is to maintain the dedication he showed to Singapore, which has become a state its citizens can be proud of and which the world at large views as a model of education, peace and diversity."

Lee Kuan Yew, known as the founding father of modern Singapore and one of Asia's most influential politicians, has died at age 91, according to the Singapore Prime Minister's office.

During more than a half-century as Singapore's leader, he helped turn the city-state from a sleepy British colony into an affluent and efficient trading enclave, which enjoys the world's third-highest per capita GDP.

But he was also criticised for running a one-party, authoritarian regime under which critics were muzzled and political rivals hounded.

Lee was hospitalized on Feb. 5 with severe pneumonia and later put on a ventilator.

Lee became Singapore's first prime minister in 1959, while it was still a British colony but had been granted a measure of sovereignty.

Singapore joined neighboring Malaysia, another former British colony, in 1963. The following year riots between ethnic Chinese and Malays broke out, and Singapore and Malaysia split into separate nations in 1965.