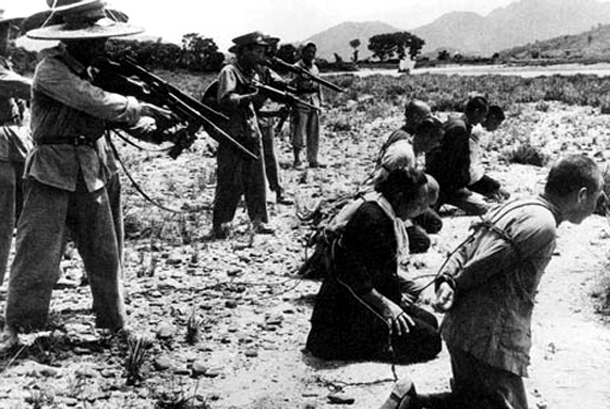 London — The Amnesty International published a report - 'No End in Sight: Torture and Forced Confessions in China' based on 40 interviews with Chinese Human Rights Lawyers documenting brutal treatment of those taken into police custody.

Patrick Poon, the report's author, said that despite government pledged to reform, Amnesty had recently documented cases of torture in virtually every corner of the country. "From Beijing to Hunan to Heilongjiang to Guangdong – there are cases of torture in many, many places. The problem is still very widespread in different provinces. It isn't just concentrated in a certain area of China," he said.

Poon said most of those targeted were human rights lawyers, Communist party officials taken into custody by anti-corruption investigators, and practitioners of the banned spiritual movement Falun Gong by a Taoist-Buddhist sect.

One of the most shocking cases described in the report was of Cai Ying, a 52-year-old human rights lawyer from Hunan province. Cai claimed that after being detained in 2012 he was forced to sit on a "hanging restraint chair" – a contraption that immobilizes a prisoner by dangling them in the air with their hands and chest strapped to a board.

In a recent interview with Hong Kong's South China Morning Post, Cai recalled excruciating torture sessions. "I was humiliated so badly I thought of ending it all, but then I thought of my daughter," he said. "The humiliating experience filled my heart with hatred."

Yu Wensheng, another lawyer, said that after being detained last October for protesting outside a detention centre where a client was being held, he spent more than three months in custody suffering torture.

Yu claimed he was held with death row inmates for 61 days, during which he was questioned about 200 times. At one point officers handcuffed him to an iron chair with his hands behind his back."My hands were swollen and I felt so much pain that I didn't want to live," he was quoted as saying. "The two police officers repeatedly yanked the handcuffs. I screamed every time they pulled them."Yu described the despair of his time behind bars. "I felt helpless and lonely," he said. "It is both physical and psychological suffering. I don't think I could bear going back to jail for a long stretch again. If I get sent back to jail again, I will go on hunger strike – I would rather die than face a long spell in jail."

Poon said the Chinese government had taken some steps over the past five years to tackle the problem of torture. In 2012 Beijing vowed to "enforce preventive and remedial measures to prevent extortion of confession by torture and collecting evidence through illegal methods". Xinhua, China's state run news agency, has reported on plans to introduce real-time monitoring and control management of interrogation sessions using audio and video equipment.

However, Amnesty said such reforms had "in reality done little to change the deep-rooted practice of torturing suspects to extract forced confessions". Chinese law outlawed only certain acts of torture and did not cover acts of mental torture, the group said. Lawyers trying to investigate or seek redress for such cases were "systematically thwarted by police, prosecutors and the courts".

Human rights activists believe the situation has deteriorated since President Xi Jinping took control of the Communist party three years ago. Xi, who some describe as China's most authoritarian ruler since Mao, has tasked the country's security apparatus with countering any potential source of opposition to the party.

Political prisoners in occupied Tibet suffers equally inhumane if not graver means and methods of torture while in custody such as electric shocks and ice beds as recounted in former political prisoner Ven. Bagdro's autobiography 'Hell on Earth' and attested by a long list of Tibetans who have had similar experiences.

A renewed crackdown on human rights lawyers has been under way since July, and at least 12 people – including the prominent rights lawyers Wang Yu, Li Heping and Zhang Kai – are still being held in undisclosed locations on state security charges. Activists fear those prisoners are likely to be suffering psychological and possibly physical torture.

Asked to comment on the Amnesty report, a foreign ministry spokesman said China was working to bring "fairness and justice" to all.