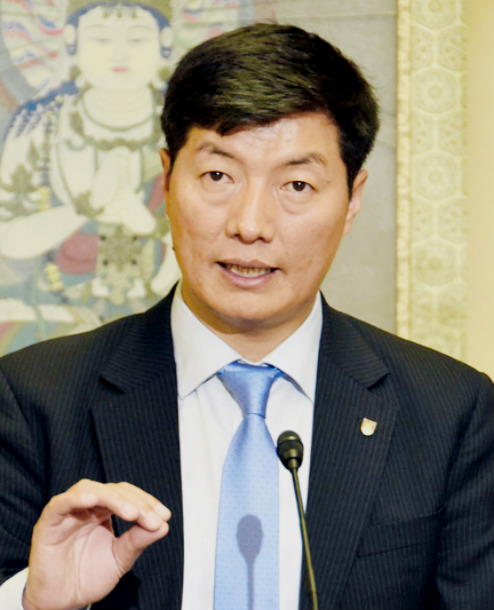 Tokyo, Japan — The democratically elected leader of the Tibetan people, Dr Lobsang Sangay, has called on China to resume dialogue with envoys of His Holiness the Dalai Lama.

Dr Sangay is on his first visit to Japan from India in 4 years. He spoke to reporters at a news conference in Gokokuji Temple in Tokyo on Saturday, January 9, according to Japanese media reports.

He said Chinese authorities have intensified their surveillance of people in Tibetan regions, requiring them to carry special ID cards. He also said most of the businesses in the Tibetan regions have been monopolized by Chinese people who have moved into the areas with no benefits for the Tibetans.

Dr Sangay said priests and students continued to protest China's oppressive ethnic policy. He said142 people have so far set themselves on fire in protest against the Chinese government repression.

Sikyong stressed that Chinese leaders should understand the need to resolve the Tibet issue through dialogue. Talks between the Chinese government and envoys of His Holinwaa the Dalai Lama have been suspended since 2010.

During his stay in Japan until next Wednesday, Sangay will meet Diet members and others to ask them to urge the Chinese government to resume dialogue.

The Tibetan political leader has also called for Japanese government assistance to help his people achieve meaningful autonomy, saying that China's suppression has worsened under the administration of President Xi Jinping.

Sikyong said that Beijing's monitoring of Tibetans has further intensified over the past two years.

Sikyong also called on Tokyo to encourage Beijing to behave appropriately since China needs to resolve its human rights issues at home to become a trusted member of the international community.

Dr Sangay, 47, assumed the prime minister's office in August 2011. He has effectively served as the leader of Tibet's government in exile after His Holiness the 14th Dalai Lama retired from politics.