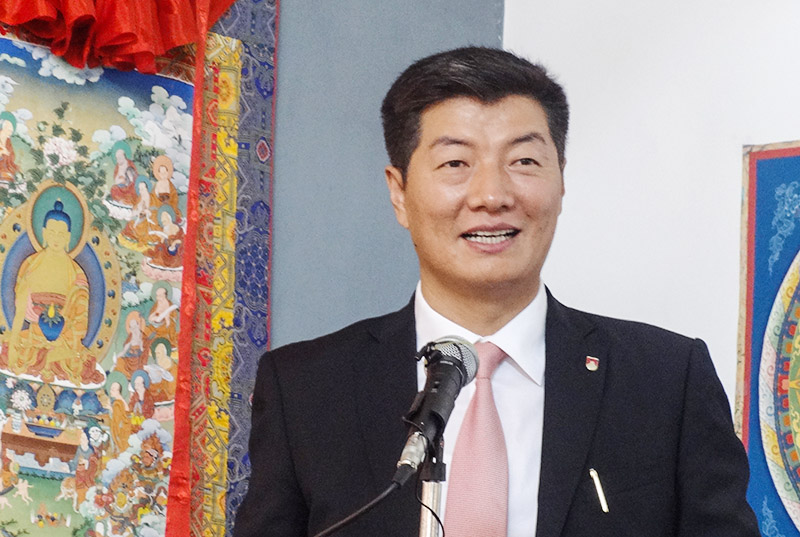 Dharamshala — Democratically elected Tibetan political leader Sikyong Dr Lobsang Sangay is to be presented with a citation from the National Endowment for Democracy (NED) in recognition of the work by the Central Tibetan Administration (CAT).

After being presented with the award the Sikyong will make a speech about the strength of Tibetan democracy.

Dr Sangay has become a symbol of Tibetan democracy since being elected as the first democratically elected political leader of the Tibetan people in 2011. The position of Sikyong was established after His Holiness the Dalai Lama devolved his political authority.

During his time in office he has achieved a number of milestones, including making significant investments in Tibetan education, improving relations with India and travelling to over 20 countries to build awareness of Tibet.

His Holiness the Dalai Lama, who is currently on a 19-day visit to the United States, will also visit NED to take part in a panel discussion with four young activists from Cuba, Sudan, Azerbaijan and Jordan to discuss the principles of democracy and human rights.

The NED will round off the event by presenting the Democracy Service Medal in honour of the late Tibetan Buddhist Monk Tenzin Delek Rinpoche.

Following his incarceration in 2002, the well-known political prisoner died in a Sichuan prison in 2015. The suspicious circumstances of his death caused outrage amongst the Tibetan community and the international community to raise questions over the treatment of Tibetan prisoners.

During his visit to the US Dr Sangay will also meet with dignitaries and senior officials of US governmental and non-governmental organisations.