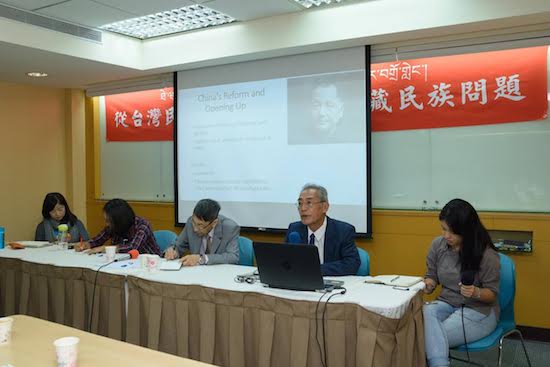 Attended by over 50 Tibetans and Taiwanese people, the conference this year highlighted the Taiwanese democratic perspectives on various aspects of the Tibet issue.

As many as 11 scholars and activists from India, Hong Kong, Switzerland and Taiwan gave presentations on various issues related with Tibet, in addition to discussing the current situation in Hong Kong as well as the policies of the Taiwanese government.

The conference also launched two new books published by Snowland publications. The first book, titled Indomitable Spirit, is a biography of two former Tibetan political prisoners, Tanak Jigme Sangpo and Lobsang Tenzin, while the second, authored by Chen Zhen, is based on extensive interviews with Tibetans in exile.

Taiwanese representatives recently took an audience with His Holiness the Dalai Lama at his residence in Dharamshala, where they extended an invitation for him to visit Taiwan as part of Taiwan’s partnership and solidarity with Tibetan people.  If the Dalai Lama did make the trip to Taiwan, it would be his first visit since 2009.