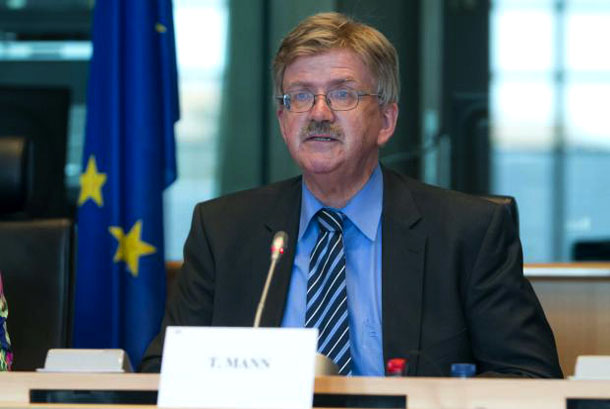 INPaT is a network of parliamentarians committed to help resolving the issue of Tibet. The network shares best practices and supports the international advancement of a long-term action plan on resolving the issue of Tibet. INPaT also seeks to strenghten this support for Tibet by coordinating international parliamentary efforts and by exchanging best practices and experiences.

In a statement released by Co-chair of the Working Group of INPaT, Mr Thomas Mann, Chairman of the Tibet Inter Group in the European Parliament, on Wednesday said, "The International Network of Parliamentarians on Tibet (INPaT) welcomes the visit of His Holiness the Dalai Lama to Mongolia. We are pleased that the Mongolian Buddhists were able to receive teachings from the Dalai Lama, as they rightly should be able to do in a free country."

"We applaud the Mongolian Government for enabling the Dalai Lama to make this pastoral visit. It is indeed encouraging to see that Mongolia is able to stand up for its values and that is certainly something that many of our own countries with Buddhist practitioners can and should emulate." Click here to view the statement.

Despite Beijing's strident objections on the visit, His Holiness the Dalai Lama was welcomed by the people of Mongolia for a series of Buddhist teaching, conference and public talk in the country. Supporters and followers of His Holiness, in and around Mongolia, traveled hundreds of miles to see him while braving the coldest winter in a decade.

China's Ministry of Foreign Affairs strongly urged Mongolia to bar His Holiness' visit for the sake of a "sound and steady" development of bilateral ties.