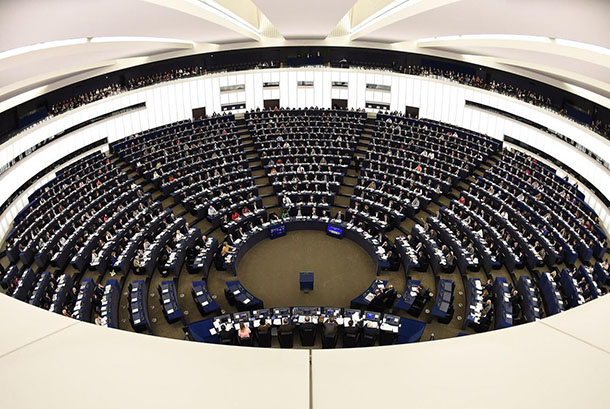 Brussels — China must respect the freedoms of expression, association and religion of the Tibetan people as enshrined in the Chinese Constitution, says the European Parliament in a resolution voted on after a Tibetan father of three died of self-immolation protest in Tibet last week.

On December 15th, 2016, the European Parliament (EP) adopted an urgent resolution on the breaches of human rights, democracy, and rule of law in China. The resolution condemns in particular exactions committed in East Turkestan and Tibet against the Uyghur and Tibetan populations respectively and addresses the cases of the imprisonment of economics professor Ilham Tohti and the dismantling of Larung Gar, the largest Buddhist institute in the world.

MEPs also strongly "call on the Chinese Government to resume the dialogue with Tibetan representatives, which was ended by China in 2010, in order to find an inclusive political solution to the crisis in Tibet." The EP demands Tohti's immediate and unconditional, recalling his scholarly work on Uyghur-Han relations and his nomination for the Sakharov Prize 2016.

The EP parliament resolution "calls on the Chinese authorities to initiate a dialogue and to engage constructively on developments in Larung Gar with the local community and its religious leaders, and to address concerns regarding overcrowded religious institutes by allowing Tibetans to establish more institutes and build more facilities."

The Parliament also "calls for adequate compensation and the re-housing of Tibetans who have been evicted during the demolitions in Larung Gar at the place of their choice to continue their religious activities."

"Urges the Chinese authorities to stop the demolition of Larung Gar and the eviction of its residents, and in this way to respect the freedom of religion in accordance with its international commitments in the field of human right," says the text.

"Deplores the sentencing of ten Tibetans by the Intermediate People's Court in Barkham to different terms ranging from 5 to 14 years in prison for taking part in an 80th birthday celebration of His Holiness the Dalai Lama in Ngaba County," said MEPs.

The European Parliament says it "s deeply concerned by the deterioration of the human rights situation in Tibet which has led to an increase in the number of self-immolation cases; criticises the increase in military displays on the Tibetan plateau that will only lead to escalating tension in the region; condemns the increase in the use of surveillance systems in Tibetan private households."

MEPs say the EU "is worried about the increasingly repressive regime faced by different minorities, in particular Tibetans and Uighurs, as additional constraints are put on the constitutional guarantees of their right to freedom of cultural expression and religious belief, and to the freedom of speech and expression, peaceful assembly and association, calling into question China's stated commitment to the rule of law and respect for international obligations; demands that the authorities respect these fundamental freedoms."

The EP also says it "is worried about the adoption of the package of security laws and its impact on minorities in China, particularly the law on counter-terrorism that could lead to the penalisation of peaceful expression of Tibetan culture and religion and the law on the management of international NGOs which will come into effect on 1 January 2017 and will place human rights groups under the strict control of the government, as this constitutes a strictly top-down approach instead of encouraging partnership between local and central government and civil society."

They also "urge the Chinese Government to amend the provisions in the security law package that narrow the space for civil society organisations and tighten government control over religious practices; calls on the Chinese Government to provide and guarantee a fair and safe environment for all NGOs and human rights defenders to operate freely in the country, which could greatly complement the state delivery of social services with a bottom-up approach and contribute to the advancement of social and economic, political and civil rights."

The EP also strongly "calls on the Chinese Government to resume the dialogue with Tibetan representatives, which was ended by China in 2010, in order to find an inclusive political solution to the crisis in Tibet; calls for respect for the freedoms of expression, association and religion of the Tibetan people as enshrined in the Constitution; believes that respect for minority rights is a key element of democracy and the rule of law that is indispensable for political stability."

The Resolution also "recalls the importance of the EU raising the issue of human rights violations in China, in particular the case of minorities in Tibet and Xinjiang, at every political and human rights dialogue with the Chinese authorities, in line with the EU's commitment to project a strong, clear and unified voice in its approach to the country, including the yearly Human Rights Dialogues; further points out that, as part of its ongoing reform process and increasing global engagement, China has opted into the international human rights framework by signing up to a wide range of international human rights treaties, and therefore calls for dialogue to be pursued with China to live up to these commitments."

The MEPS concluded by saying: "Deplores the fact that the 35th round of the EU-China Human Rights Dialogue will probably not take place before the end of 2016, as agreed; urges the Chinese Government to agree to a high-level dialogue in the first weeks of 2017."

Among the many MEPs who sponsored the resolution, several have either met with His Holiness the Dalai Lama during his recent visit or they have been met by via Representative and EU Advocacy Officer, in recent times. The Assistants Group for Tibet in the European Parliament has immensely contributed in the success of this resolution.

"The Resolution is an outcome of the urgent and rigorous EU Advocacy by the Office recently and unlike other resolutions this has been adopted by the Parliament in view of the urgency of the cases," said Office of Tibet, Brussels.