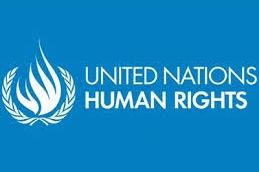 Dharamshala — The deteriorating human rights situation in Tibet was once again raised before the conclusion of the 34th session of the United Nation Human Rights Council by several nations, in addition to the European Union in Geneva, Switzerland.

Governments including the United States of America, the European Union, Canada, France and Germany once again raised China’s disregard of international standard of human rights and wide-spread cases of rights violation in China including Tibet and Xinjang.

The EU urged China to hold in regard the “cultural diversity and freedom of religion, not least in Tibet and Xinjiang” while expressing its profound concern over the arrest, detention and conviction of human rights defenders and lawyers and the reported harassment of their families, including Tashi Wangchuk, a 31-year old Tibetan language right advocate who had been arbitrarily detained by the Chinese authorities and awaiting trial on the charges of “inciting separatism”.

The United States’ delegation included a remark, saying, “We remain concerned about reports of China’s arbitrary detention and torture of lawyers and activists as well as its general ongoing efforts to silence criticism, unduly constrain civil society and religious practices, and deny rights to Tibetans and Uighurs.”

A German statement said, “Germany remains deeply concerned about the human rights situation in China. Throughout the country, in particular in the Western regions of Tibet and Xinjiang, human rights abuses remain widespread. Human rights defenders and lawyers often face arbitrary detention and other violations of their human rights. In many cases, also their families face harassments. We closely follow a growing number of cases, including those of JIANG Tianyong, XIE Yang, Tashi Wangchuk and WU Gan. We urge China to respect fundamental rights and rule of law and immediately release all detained human rights defenders.”

Other statements regarding Tibet were made by the European Union, Canada, France and the Czech Republic.

Additionally advocates from several civil society organizations and concerned governments sent a joint letter to Permanent Missions to the UN in Geneva calling for greater accountability of the Chinese government.

The letter called specifically for benchmark progress – or regress – by the country, using both the UN and joint government statements from last year. The letter also outlined new challenges, including the widely reported allegations of torture of detained lawyers, and the sustained pressure put on independent media, bloggers and activists who use their websites to report on human rights abuses.

The letter also specifically raised the case of Tashi Wangchuk, a Tibetan who has been detained for over a year for calling for Tibetan language classes in local schools, and urged governments to speak out against the increasing use of national security legislation and draft ‘regulations on religious affairs’ to criminalize and harass those exercising freedom of thought, conscience and religion and freedom of expression.

Lastly, it said governments should denounce the continuing forced evictions and other violations of human rights, including cultural rights, of monks and laypersons at Larung Gar, a major site of Tibetan Buddhist teaching and worship.

At the beginning of this session, UN High Commissioner for Human Rights, Zeid Ra’ad Al Hussein, had also expressed his concern for the situation in Tibet during his report, saying, “the Government of China had stated its intention to play a leadership role in the Human Rights Council, and so far it had performed remarkably in lifting hundreds of millions of people from poverty. However, it should respect the rights of human rights defenders, and cease to restrict cultural and religious rights, particularly in Xinjiang and Tibet.”