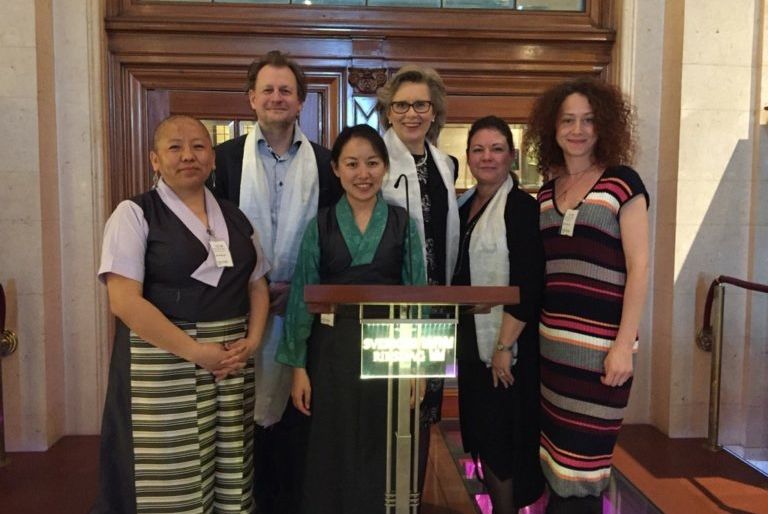 The inauguration ceremony and the first meeting of this newly formed group was attended by Swedish Tibet Committee board members Hanna Sahlman and Jamyang Choedon (who is also the Vice-President of Tibetan Community in Sweden, TCS) and TCS board member Tenzin Deki.

At the inauguration meeting, which was a smooth and successful event, Margareta, MP mentioned the importance of raising the question of Tibet in the Swedish Parliament, as she reasoned that there were many Parliamentarians who really support the Tibetan cause. It was also decided in this meeting to hold a Tibet Seminar soon to raise awareness about Tibet.

The TCS Vice President thanked the Parliamentarians on behalf of the Office of Tibet, London.

Vice-President of Swedish Tibet Committee & Tibetan Community in Sweden, Ms Choedon remarked after the meeting, “I feel very positive about this. It is very delighting to connect with them. We are hoping for more activities during the period.”