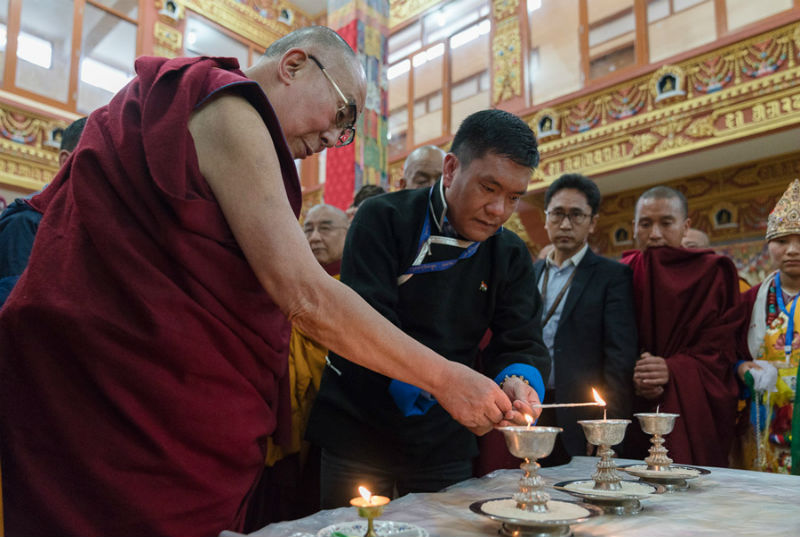 Bomdila, Arunachal Pradesh, India — Calling censorship of media is morally wrong and harmful, the spiritual leader of Tibet, His Holiness the Dalai Lama Thursday said, "the 1.3 billion Chinese people have every right to know the reality."

While responding to reporters in India's state of Arunachal Pradesh, on April 6, 2017, His Holiness called China an authoritarian country. "Nine years with Chinese communist, sometimes I express His Holiness the Dalai Lama jokingly said, "During this period, I have learned how to practice hypocrisy. Some system is sort of totalitarian, and authoritarian system, and no proper freedom."

His Holiness also advocated major changes in the country's judicial system. "Then another thing; the Chinese judicial system itself should raise up-to international standard, because I met a number of Chinese peasants, who are very poor when I inquired their conditions in their villages. Its very difficult. The local authorities' only concern is money for themselves and are not concerned with the condition of the locals, like farmers."

The 81-year-old Nobel Peace Prize Laureate's message of spreading peace has reached millions of people and some of them happen to be in China as well. "Many Chinese Buddhists, mostly from the mainland, come to see me in tears. In most cases, they ask me not to forget them and invite me to China, and of course Tibet. I tell them as soon as the Chinese government starts showing some positivity towards me, I am ready to come."

Citing the example of the benefits and the assistance given to Haj pilgrims, His Holiness also had a proposal to make. "Historically, China is a Buddhist country and a follower of the Nalanda tradition. So I suggest the concerned Indian officials to ensure that India makes some specific arrangements for pilgrims."