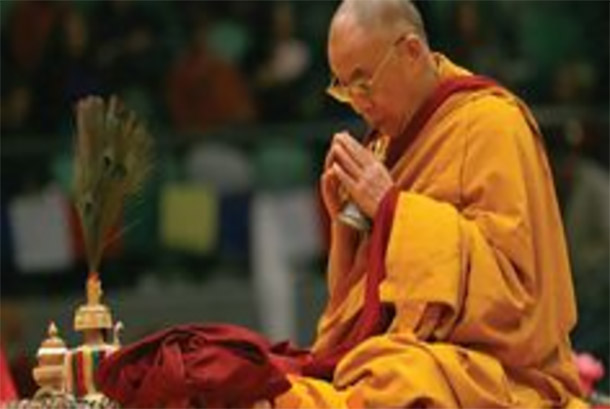 Dharamshala — His Holiness the Dalai Lama expressed his profound condolences and sadness over the loss of lives and devastation caused by the massive earthquake in Mexico in a letter addressed to Mexican President Enrique Pena Nieto on September 22, 2017.

“I offer condolences to Your Excellency and to all the families who have lost loved ones, and my prayers for all who have been affected by this tragic disaster,” His Holiness wrote.

“I understand that every effort is being made to rescue survivors and attend to those who have been injured.”

“I have fond memories of my several visits to Mexico, the most recent being in October 2013, and it pains me to see the suffering and destruction caused by this natural disaster,” His Holiness added.

At least 295 people are reported to have died and many more injured as a result of a severe earthquake measuring 7.1 on the Richter scale hit Mexico on September 19, 2017.

Newsweek En Espanol, the leading newsmagazine in Spanish speaking regions in North and South America has has featured His Holiness the Dalai Lama’s condolence messages over the deadly earthquake that rocked Mexico last week. The letter was published on the front page of the September 29 edition entailing a special issue dedicated to the earthquake rescue activities.