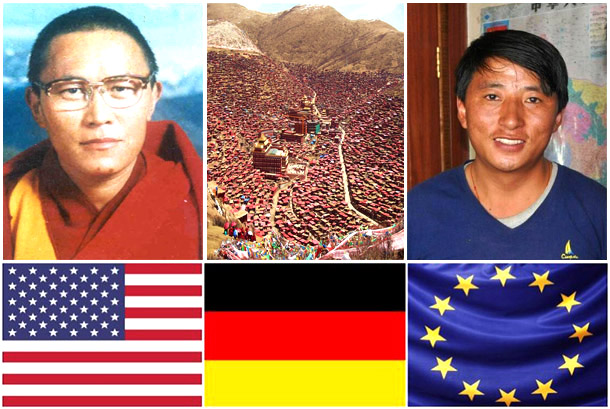 "The delegates from the US, EU and Germany especially mentioned the grim human rights situation in Tibet and Xinjiang," according to UN & Human Rights Desk of the Department of Information and International Relations, Central Tibetan Administration.

Delivering member states' statements under 'Item 4: General Debate on Human Rights Situation that requires the Council's attention', the delegate from Germany called on China to release all detained human rights defenders including Tashi Wangchuk, and urged China to allow the High Commissioner and Special Rapporteurs to visit Tibet.

"Germany remains deeply worried about widespread human rights abuses in China, especially in Tibet, Xinjiang and neighboring regions, including infringements of the freedom of religion as witnessed in Larung Gar, " said the German delegate.

The delegate of the US expressed its concern over lawyers and activists in China who are being arbitrarily detained, tortured and forced to confess to political charges on state media. The US delegate further stated that "condition akin to martial law have been imposed in Xinjang and some Tibetan areas."

Similarly, the UK delegate shared its concern over restrictions to civil and political freedoms in China, and the continued detention of human rights lawyers and defenders. The delegate expressed sadness over the death of Nobel Laureate Liu Xiaobo and urged China to lift "all limitations on his widow, Liu Xia."

The European Union reminded China to respect "cultural diversity and freedom of religion". EU further stressed China to ensure a fair trail for human rights defenders, including Tashi Wangchuk, and also to implement China's foreign NGO's law in ways that "do not hamper the development of independent civil society."

Earlier at the opening of this session, Prince Zeid Ra'ad Al Hussein, the UN High Commissioner for human Rights, highlighted the issue of Tibet and the cases of Late Tulku Tenzin Delek Rinpoche and Tashi Wangchuk in his written statement on 11 September, while urging China to address ill-treatment in detention and deaths in custody— considered to be systematically violating human rights.

Zeid Ra'ad Al Hussein said, "The recent death in custody of Nobel Peace Prize laureate Liu Xiaobo shocked many around the world, as did the deaths, also in custody, of Cao Shunli in 2014 and Tenzin Delek Rinpoche in 2015".