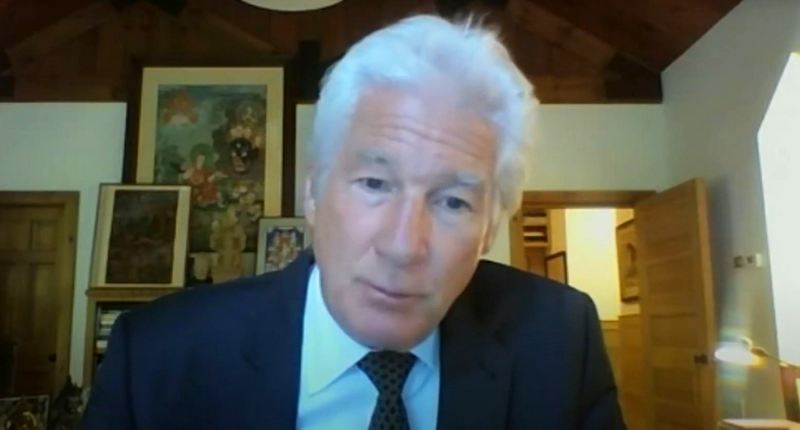 International Campaign for Tibet Chairman Richard Gere was one of the panelists who testified. Photo: ICT

Washington, D.C. – The Senate Finance Subcommittee hearing of June 30, 2020, highlighted the need for American policymakers to review their approach toward China’s censorship, as well as the self-censorship practiced by American entities trading with China.

International Campaign for Tibet Chairman Richard Gere was one of the panelists who testified.

The hearing focused on “Censorship as a Non-Tariff Barrier to Trade” and made a direct connection between the oppressive policies the Chinese government imposes on its citizens and the negative impact those policies have on foreign companies that are prohibited to censor freedom of expression in democratic countries but banned from the Chinese market for that very reason.

As noted during the hearing, Chinese companies, including state-owned enterprises, are not subject to censorship while operating in the United States, in clear violation of the principle of reciprocity.

As subcommittee Chairman Sen. John Cornyn, R-Texas, said in his opening remarks, the hearing was an opportunity for Congress to see if such censorship by “China constitutes a trade barrier in violation of [World Trade Organization], multilateral and bilateral agreements and practices.”

The focus on censorship was bipartisan, with subcommittee Ranking Member Sen. Robert P. Casey, Jr., D-Pa., making this case in his opening remarks. “The actions undertaken by the Chinese government include direct barriers, such as blocking movies from entering their market or restricting content,” Casey said, “to blocking internet firms, to dictating content related to China’s territorial and economic claims, to demanding action or inaction by businesses related to Taiwan, Hong Kong, Tibet, and the ongoing human rights abuses in Xinjian[g].”

Among areas touched upon at the hearing was the influence China has over Hollywood and how that affects American creative freedom. Gere recalled his experience on the issue and what it means. He said: His speaking out for human rights in China and Tibet hasn’t directly affected his career, but, “I’m probably an unusual case.”

Self-censorship has become an issue in Hollywood. “There’s no doubt that the combination of Chinese censorship, coupled with American film studios’ desire to access China’s market, can lead to self-censorship and to avoiding social issues that great American films once addressed,” he said.

The atmosphere in Hollywood has changed since the 1990s when major studios released several films showing the brutality of the Chinese Communist Party. “Imagine Marty Scorsese’s ‘Kundun,’ about the life of the Dalai Lama, or my own film ‘Red Corner,’ which is highly critical of the Chinese legal system,” he said. “Imagine them being made today. It wouldn’t happen.”

Chinese actresses and directors have told him they can’t work with him because it would end their careers. One Chinese director “was in tears with me having to call me up and say that he couldn’t work with me,” Gere said. “That his career would be over, and his family could not travel.”

The way China pressures American studios to do such things as remove the Taiwanese flag from movies doesn’t merely show the power of the Chinese government. It’s also “very illustrative of their weakness,” Gere said. “It’s the way that they’re hypersensitive about the Dalai Lama, the kindest, most generous man on the planet, who’s consumed and saturated with love and compassion and forgiveness. The mere mention of his name makes them crazy.”

Nigel Cory, associate director, trade policy, at the Information Technology and Innovation Foundation, in his testimony, highlighted the impact of China’s censorship on American business interests. He said, “US firms have lost significant revenue by being blocked or inhibited from accessing and operating in the Chinese market.

The impact has been especially damaging given that for many companies, their market access has been denied during a critical, formative period of economic growth in China. This has not only reduced US company global market share but provided Chinese competitors with a protected market from which to launch competitive challenges in other regions, such as South America, the rest of Asia, and Africa.”

Cory also focused on the self-censorship aspect of the issue when he said, “Censorship in China is a broad, complicated, and opaque system involving a range of actors, laws, and regulations, and social, economic, and political interests. At the individual level, these come together and result in considerable self-censorship given people realize the potential negative consequences of crossing the many unclear lines on what may or may not be allowed. In this way, China’s pursuit of censorship has resulted in significant societal changes.”

His perspective about self-censorship in China also applies to the American society where corporations and even educational institutions have taken recourse to self-censorship as a way of protecting their economic ties with China.

When asked about recommendations to address this challenge posed by China, the issue of using reciprocity was foremost among the panelists’ suggestions. Gere talked about it by referring to the Reciprocal Access to Tibet Act and its smart approach to responding to China’s unfair practices.

“This is a good, very rational, and systematic response, and we hope the State Department will implement it soon, as required by law now,” Gere said.

Overall, the discussion that followed the panelists’ opening statements focused on the need to identify new tools for the US government to use to push back against China’s censorship, reduce reliance on China’s manufacturing—including in the pharmaceutical industry—and, at the same time, protect the economic interest of US companies that are shut down or severely restricted from accessing the Chinese market in critical industries like the internet and the media.

Questions and comments from Sen. Bill Cassidy, R-La., Robert Menendez, D-N.J., and Catherine Cortez Masto, D-Nev., highlighted the challenges posed by the interconnectedness of the US and Chinese economies, but also the need for the US to start thinking outside the box to craft policies and remedies that effectively protect both its interests and values.