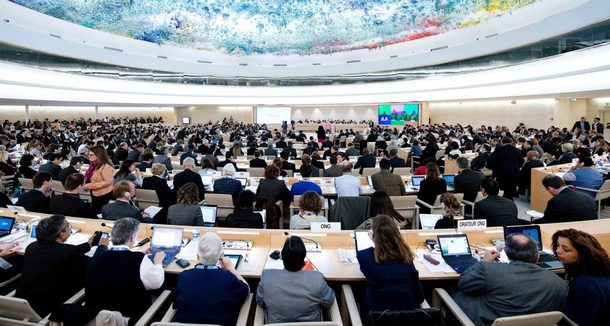 UN in 2019 said it is improving the effectiveness of UN human rights experts. Photo: File

Geneva —  Five UN independent mandate holders have strongly demanded China to provide “prompt and detailed information” on the whereabouts of Tibet’s 11th Panchen Lama Gedhun Choekyi Nyima and have endorsed the “CRC’s (Committee on the Rights of the Child) recommendation to allow an independent monitor to visit him to confirm his whereabouts and the extent to which he is able to enjoy and exercise his rights” in their latest communication to China made public recently.

According to the Tibet Bureau, Geneva, the UN human rights experts have highlighted two important points tn their communication dated June 2, 2020: One, the continued enforced disappearance of the Panchen Lama Gedhun Choekyi Nyima and the other, “regulation of reincarnation of Tibetan living Buddhas against the religious traditions and practices of the Tibetan Buddhist minority.”

Expressing grave concerns on both these issues, the UN experts noted that these acts of the government of China violate “international human rights law provisions, such as the prohibition against discrimination, the right to recognition as a person before the law and to its equal protection without discrimination, the right not be deprived arbitrarily of one’s liberty, the right to freedom of thought, conscience and religion and to freely participate in cultural life.”

The UN experts have noted that the issue of enforced disappearance has been raised with the Chinese government by multiple UN special procedures as well as the UN Committee on the Rights of the Child. The experts stated that “the continued enforced disappearance of Mr. Gedhun Cheokyi Nyima for the past 25 years contravenes several articles of the United Nations Declaration on the Protection of All Persons from Enforced Disappearances including articles 2 and 7.”

Thinlay Chukki, CTA’s Special Appointee for Human Rights based in the Tibet Bureau-Geneva had also raised the issue of the Panchen Lama in the recently concluded 44th Regular Session of the UN Human Rights Council (UNHRC). Delivering the oral statement at the UN, Ms. Thinlay noted that “for 25 years Tibet’s religious leader 11th Panchen Lama Gedhun Choekyi Nyima has been denied of religious education and is kept under enforced disappearance by China for 25 years now” and urged the UNHRC to press China to free Panchen Lama.