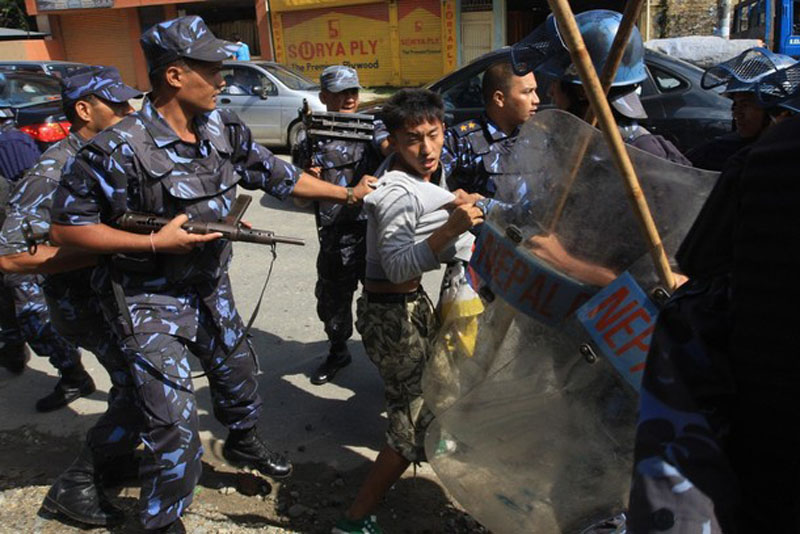 Dharamshala: Ahead of the 51st anniversary of a failed uprising by Tibetans against the invasion and annexation of their Himalayan country by the Communist regime of China, Nepal police Sunday arrested the representative of exiled Tibetan spiritual leader His Holiness the Dalai Lama in Kathmandu.

Mr Thinley Gyatso, the representative of His Holiness the Dalai Lama who is free spokesman for the six million Tibetans was taken into detention by Nepal police as a preventive measure to pre-empt the protests Nepal feels will be staged on its soil on March 10, said Nepal News.

The Nepal government had closed the office of His Holiness the Dalai Lama's representative in Kathmandu in 2005, saying that since it recognized Tibet as an integral part of China, it could not allow a parallel diplomatic office.

Since then, His Holiness the Dalai Lama's representative has been functioning in Nepal as the chief of an NGO, the Tibetan Refugee Welfare Centre. Thinley Gyatso was also arrested in 2008 when a wave of anti-China protests by Tibetans rocked Nepal and embarrassed China, that was then hosting the Olympic Games.

On March 10, 1959, Tibetans staged a revolt against the Chinese occupation of their country that, however, was brutally put down. More than 1.2 million Tibetans (one fifth of the population) are known to have died as a result of Chinese oppression, over 6,000 monasteries and institutions have been destroyed. Monks and nuns have received particularly brutal treatment, being beaten and murdered by Chinese soldiers.

Since then, every year, Tibetans worldwide observe the day as Tibetan Uprising Day. Nepal is home to over 20,000 Tibetan refugees in about 12 settlements across the Nepal and every year, over 2000 use the country as a transit to escape to India.

Ahead of the anniversary, bowing to Chinese pressure, Nepalese authorities have begun a crackdown on the Tibetan diaspora as well as refugees.

Nearly three dozen fleeing refugees, including a large number of women, have been arrested from Nepal's border with Tibet since last month.