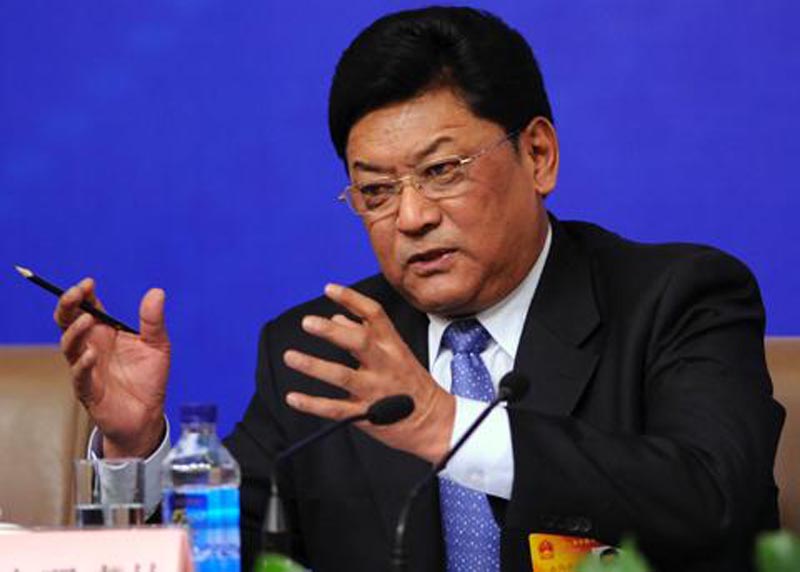 The governor of the so called "Tibet Autonomous Region", Pema Trinley (Ch: Padma Choling) (newly appointed by the Communist regime of China), claimed on Sunday that Tibetan spiritual leader His Holiness the Dalai Lama "did not have a right to choose his successor," Chinese state controlled news agency Xinhua has reported.

"It must get the approval of the central government otherwise the reincarnation will be illegitimate and invalid," he told reporters on the sidelines of the China's National People's Congress session.

But, His Holiness has said his successor could be appointed before his death or democratically elected. The Dalai Lama could also, he has said, be reincarnated in exile -- out of Beijing's reach.

Amid such worries, the 1989 Nobel Peace Prize winner, His Holiness said last month he would have no misgivings ending the centuries-old spiritual tradition if Tibetans so choose.

"(Its) ultimately up to people, I made clear, whether this very institution should continue or not," His Holiness the 14th Dalai Lama told National Public Radio on a visit to Los Angeles.

"If majority of Tibetan people feel the Dalai institution is no longer much relevant, then this institution should cease -- there is no problem.

"It looks like the Chinese are more concerned about this institution than me," he said with a laugh.

"Right now there is no need to excessively discuss this issue of reincarnation," Tibet's regional chairman Padma Choling told journalists.

"At this moment the Dalai is still alive, let's wait until he is dead and then we can talk about it."

Controversy emerged over the reincarnation issue in 1995 when China selected Gyaltsen Norbu (Ch:Gyaincain Norbu) as the 11th Panchen Lama, one of Tibet's highest ranking figure, regarding Tibetan Buddism.

In doing so, the Communist regime of China rejected a Tibetan boy recognized by His Holiness the Dalai Lama. The child, Gedhun Choekyi Nyima, has disappeared from public view and is believed to have been put under a form of house arrest. He is also known to be the youngest political prisoner in the world.

Asked at the same press conference about the boy's whereabouts and why he disappeared, Padma Choling said he was being kept out of public view at his own request. "As far as I know he and his family are now living a good life in Tibet," he said.

"He and his family are reluctant to be disturbed and want to live an ordinary life," he added. China has been raising the profile of its 20-year-old choice as Panchen Lama in an apparent attempt to legitimize him.

The so called Gyaincain Norbu was recently appointed vice president of China's national Buddhist association and as a delegate to a body that advises the main parliament, which is the midst of its March 5-14 session. He has been quoted by state media praising Chinese control of Tibet.