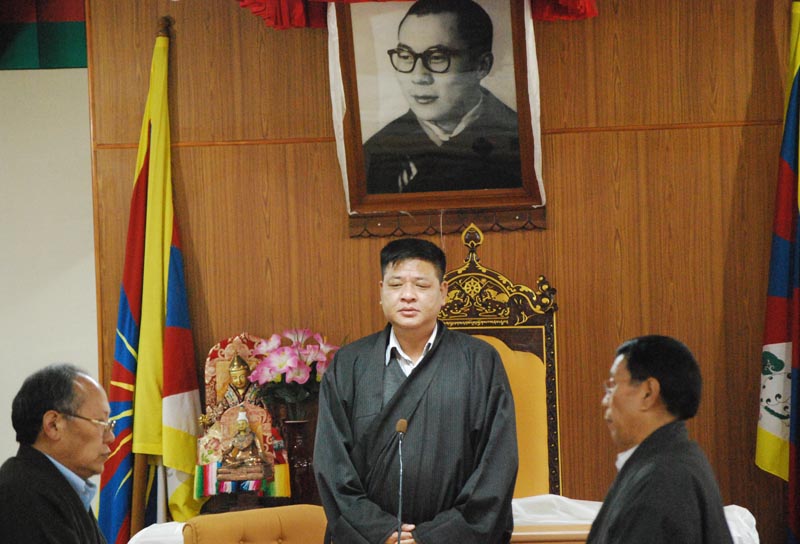 Today His Holiness the Dalai Lama conveyed a message, as follows, to the Tibetan Parliament-in-exile, on democracy, internal conflict and the China-Tibet dialogue:

"I greet all the parliamentary members attending the ninth session of the 14th Tibetan Parliament-in-exile and wish you all success with the process.

"Since coming from Tibet to exile in India, we have succeeded in turning the Tibetan political system into a democracy, as we had long dreamed of.

"It is a source of pride that our legislative and economic systems, etc, are now under the control of members of a parliament directly elected by the Tibetan people.

"It is very important that we sustain our motivation and efforts to improve parliamentary process and standards, keep our sense of equanimity and avoid letting personal conflicts with colleagues affect our work.

"Because parliament is responsible for both the administrative executive and the judiciary, it should be accountable to the Tibetan people.

"Since our people elected the prime minister to office, I have semi-retired from political leadership. However, I will continue to try my best to work on Tibetan issues and the China-Tibet dialogue, as long as the Tibetan people trust and believe in me.

"The five-point peace plan is a vision for the future and is not strongly related to the China-Tibet dialogue. Because the Chinese government clearly rejected the Strasbourg Proposal of 1988 without thoroughly considering or discussing it, the peace plan has necessarily lost its validity.

"Since the resumption of China-Tibet talks in 2002, we have tried to prioritize discussion of the future status of all Tibetans.

"We have taken China's views into account and endeavoured to be as realistic and open-minded as possible, as is evident in statements issued every year on Tibetan Uprising Day.

"At the eighth China-Tibet talks, we presented a memorandum demanding genuine autonomy for all Tibetans, under the framework of the Chinese constitution.

"During the ninth talks, we issued a public note of explanation about the memorandum, in order to dispel Chinese misrepresentations of its intent.

"I worked hard on the above-mentioned issues, and all decisions were agreed by resolutions passed by the Tibetan parliament.

"However, there are rumours that the memorandum and note were not shown to parliament, or were not agreed by it, or ran counter to my opinions. These rumours should be thoroughly discussed during this session, in the name of transparency, as the issues involved are fundamental to the Tibetan cause.

"If new ideas and points of view regarding our future working plans for Tibet emerge from these parliamentary discussions, please remember to present them in light of Jorngoe Jesum - the principle of preparation, implementation and outcome."

NB: This article has been translated from a message in Tibetan from His Holiness the Dalai Lama, distributed by the Tibetan Parliament-in-exile. If there is any discrepancy between this and the Tibetan text, the Tibetan version should be considered authoritative and final.