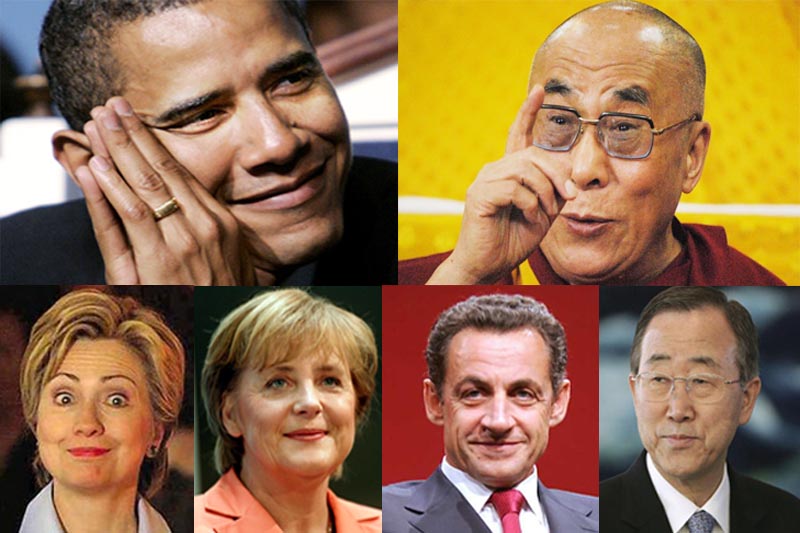 Dharamshala: US President Barack Obama and the exiled Tibetan spiritual leader, His Holiness the Dalai Lama are the world's two most popular leaders, a new poll released today said.

The poll was conducted on the Internet in six countries; Britain, France, Germany, Italy, Spain and the United States, by Harris Interactive for France24 and Radio France-Internationale, between March 31 and April 12 , and covered 6,135 adults aged between 16 and 64.

According to the survey, Obama won 77 percent backing in the poll, ranking as the first most popular leader in the world, and Tibetan spiritual leader His Holiness the Dalai Lama was at second place at 75 percent, followed by US Secretary of State Hillary Clinton at 62 percent.

Meanwhile German Chancellor Angela Merkel was at fourth position with 54 percent support. She was followed by French President Nicolas Sarkozy who tied for fifth place with UN Secretary General Ban Ki-moon at 37 percent.