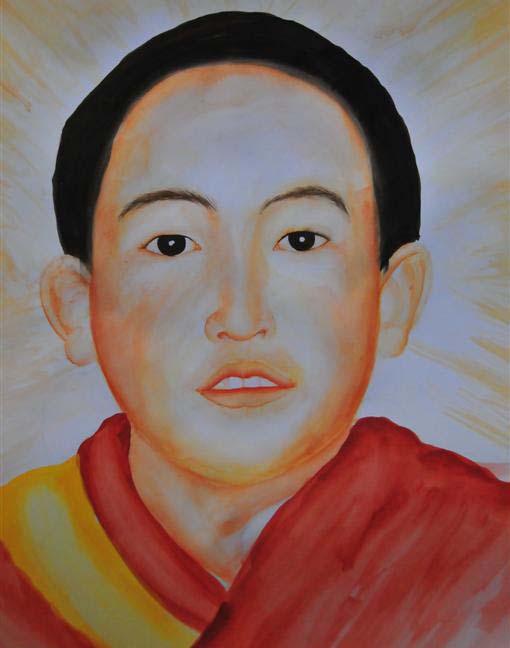 Dharamshala: Tibetans in exile celebrated the 21st birthday of the 11th Panchen Lama of Tibet, Gedun Choekyi Nyima, on Sunday. The Buddhist lama was kidnapped by Chinese authorities shortly after His Holiness the Dalai Lama declared him to be the reincarnation of the 10th Panchen Lama in May 1995.

The event was organized by the Central Association for His Holiness the Panchen Lama and was attended by top officials from the Central Tibetan Administration, including Ven Tsering Phuntsok, Minister of Religion and Culture, Penpa Tsering, Speaker of the Tibetan Parliament-in-exile, Ms Dolma Gyari, Deputy Speaker of the Tibetan Parliament in-exile, and representatives from Tibetan exile non-government organisations.

Following the formal ceremony, the Tibetan Women's Association (TWA) held a painting and writing session, with the jailed Panchen Lama as its theme.

More than 20 acclaimed Tibetan artists, including Tenzin Dakpa and Tamdin Tsetan, each created a portrait of the imagined face of the Panchen Lama as a 21-year-old man. One of the paintings will be chosen as a new emblem for campaign materials calling for the Panchen Lama's release.

Kirti Dolkar Lhamo, president of the TWA explained, "Our Panchen Lama art campaign is designed to give Tibetans a beautiful, updated image of a figure they respect and revere. Currently, the images we use to remember him are of a young child, but he has now reached adulthood.

“We and the rest of the world must not forget about him. This new art campaign is part of our continued effort to raise awareness and one that we hope will also create a meaningful visual reference for Tibetans."

In addition to the painting competition, young monks and nuns from religious institutes in and around Dharamsala wrote essays and poems expressing their thoughts on the Panchen Lama. The work will be send sent to Du Qinglin, head of the United Front Work Department of the Tibet Autonomous Region, with a request to deliver it to the imprisoned Panchen Lama.

The safety and whereabouts of the 11th Panchen Lama remain undisclosed by the Chinese authorities. China continues to deny access to him, despite repeated calls from UN bodies to allow independent fact-finding delegations to assess his health and general well-being. 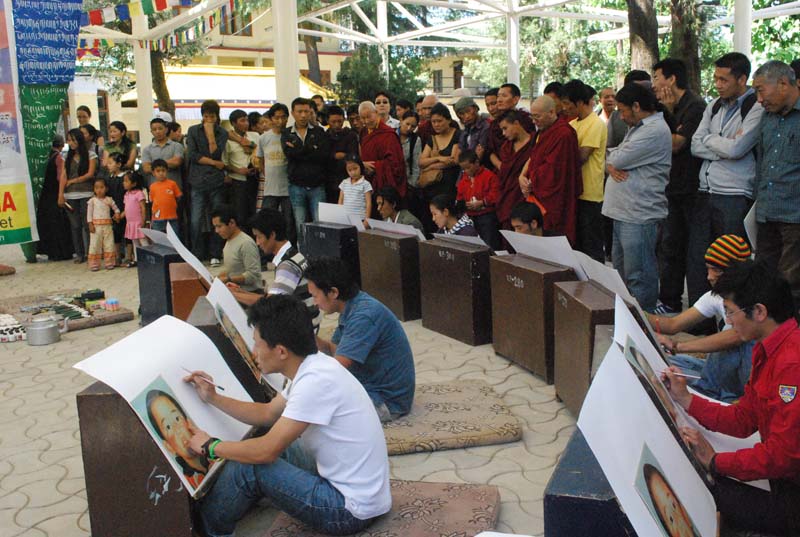 In a press release, the TWA called on “the moral conscience of the world, in particular the United Nations High Commissioner for Human Rights and influential international bodies, to join our 15-year struggle for the release of the Panchen Lama.

“We also beseech the Chinese government to understand that the holding of the Panchen Lama is a hostile gesture which prevents the Tibetan people from exercising their customary religious reverence, and as such contravenes their basic human rights, as well as those of the Panchen Lama himself.”

TWA has 52 regional chapters and over 15, 000 members outside Tibet. It is the second largest Tibetan NGO and the only women's NGO in exile. It advocates human rights for Tibetan women in Tibet and works to empower Tibetan women in exile, particularly new refugees.