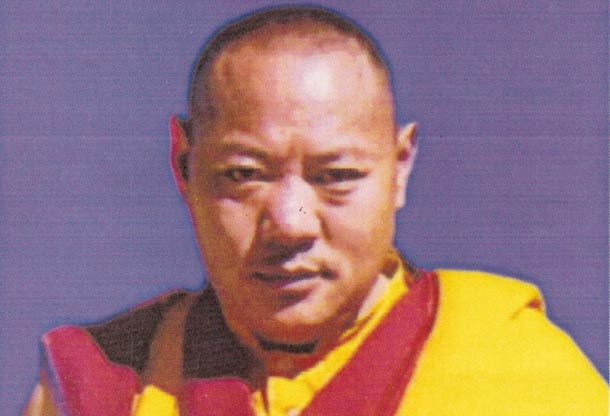 Dharamshala: TibetPost-28-April-2009-Three Tibetan monks from Shapten Monastery in Nagchu county in Tibet were arrested by Chinese authorities on 11 April, they have not been charged. Friends and relatives are unaware of the potential reasons these three were arrested, families are unable to get information about their wellbeing, and they can't provide food and necessary clothing items.

Thuptan Thabkhey the former abbot of Shabten Monastery in Nagchu District, Tibet, and Geshe Tsultrimm Gyaltsen, from Tsedra Shendup Kunphel-ling Buddhist philosophy institute  traveled to Lhasa, the Tibetan capital, to on behest of the Chinese government, who insisted that the monks go to Lhasa to pick up their doctorate certificates of Buddhist philosophy (Geshe Title).

The two Tibetan monks never made it to Lhasa, and were instead arrested by Chinese soldiers on 11th April this year; they are detained in a prison in Nagchu county.   The Chinese authorities also arrested Ven. Tsundue, titled the democratic manager of the monastery.

Former Abbot, Ven. Thuptan Thabkhey is 46 years old and he joined the monastery in 1982,  the monastery also called Tsedra Shedup Kunphel-ling, a Buddhist philosophy institute.  He studied Buddhism, including memorizing four root Tantric volumes at Buddhist philosophy institute, after serving 10 years as the monastery's chief accountant he became the Abbot of Shapten monastery, as abbot he contributed considerable religious insight.  He was arrested in 2006 and was Abbot less than a year.

Ven,. Tsetshum Gyaltsen a 30 year old monk joined the Shabten monastery in 1988, he was acting as the accountant for Shapten monastery at the time of his arrest.

Ven. Tsundue, is 34 years old and joined the monastic order in 1998 and filled the post of democratic manager of the monastery.

The three monks have been imprisoned for 30 days and are still waiting to be charged by the Chinese authorities.