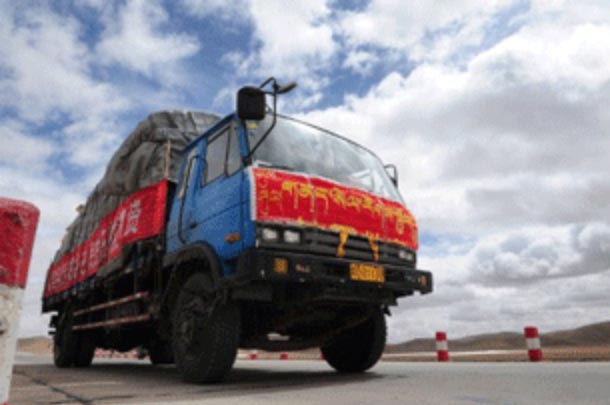 Dharamshala: As the Chinese are building a railway between Shigatse and Lhasa, Tibetan truck drivers from the region are being turned down for work in favour of 24 companies from mainland China. According to Radio Free Asia, the Tibetan drivers had been promised work as the railway construction began and so about 60 trucks were purchased with borrowed money.

Another Tibetan source, Gawa, living in India and citing contacts in Tibet, told RFA that about 100 Tibetan drivers had protested in front of Lithang county headquarters, "because improvements to a section of the highway connecting Chengdu in China's Sichuan province with the Tibetan capital Lhasa were planned for their area, they felt the work should be given to them," he said.

In April, Tibetan truck owners in Rinpung county near Shigatse in Central Tibet clashed with drivers working for Chinese owners, according to local resident Dondrup.

"The Tibetans were severely beaten before they were taken away," he said.

Dondrub added that Tibetans in the area have become concerned that the rail line being built may eventually link to a Chinese-owned mining project near Bumri, a sacred hill located near Jewa township in Rinpung.