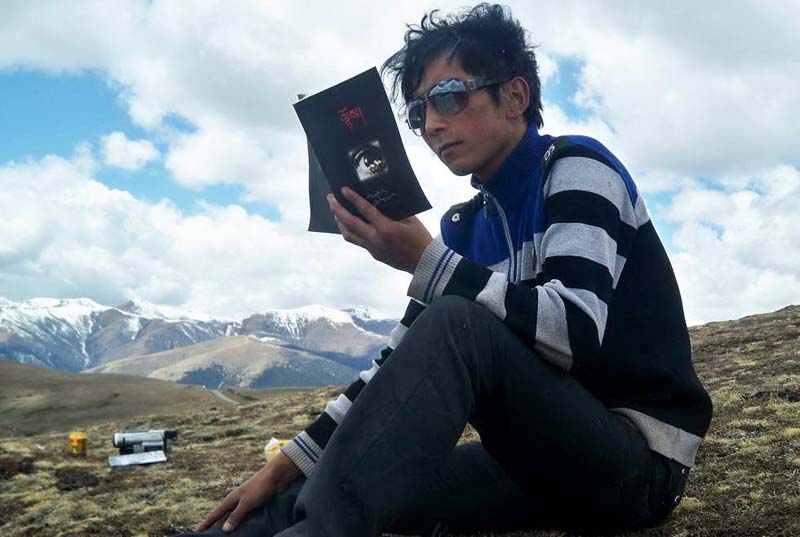 Dharamshala: A 25-year-old Tibetan writer has been severely beaten and arrested for launching stinging attack on the Chinese government's wrong policies in Tibet in his book published earlier this year, reports from Tibet say.

Pema Rinchen, who writes under pen name "Stinger", was arrested by the Public Security Bureau in Dragko in Karze in eastern Tibet on 5 July. He was then severely beaten and admitted in a local hospital the next day, according to reports.

The hospital ward was full of armed police officials, who denied Rinchen's mother and family members to meet him. The current whereabouts of Rinchen is not known.

In his book "Look", Rinchen strongly condemns the policies of the Chinese Communist Party on Tibet with particular reference to the brutal crackdown on the peaceful protests by Tibetans in 2008 and the mishandling of the aftermath of the devastating earthquake in Kyegudo in 2010. The book contains the author's interviews with many Tibetans who participated in the peaceful protests that shook Tibet in 2008.

But the Public Security Bureau arrested Rinchen under the pretext of "inciting ethnic hatred".

In an excerpt from the book posted on a blog, Rinchen expressed in verses his deep anguish over the "Chinese Communists' invasion of Tibet, laws imposing the cruelty of hell on Tibetans, plundering Tibet's natural resources and inflicting deep wound on the pristine land of Tibet."

He further laments over the "unbearable sufferings of Tibetans living inside Tibet due to the past that smack of blood, the deplorable and tragic present and a future which is terrifying."

"If the power of god exists, it is time to salvage Tibetans from their sufferings, the Tibetan people's destiny may change for better if there is any power in hope and truth. But those talk of freedom and democracy do not put their words into action, they will remain empty of any essence whatsoever," he further laments.

Around 2,000 copies of the book are in circulation in Tibet today.

In last month, Tashi Rabten, another respected Tibetan writer and author of the banned literary work, "Written in Blood" (penname - Theurang) has been sentenced to a 4-year prison term by a Chinese court. The Ngaba Intermediate People's Court on June 2, passed the sentence in a trial closed to Tashi Rabten's family and friends. According to reliable sources inside Tibet, the court found Tashi Rabten, editor of banned literary magazine "Shar Dungri" (Eastern Conchshell Mountain) guilty on charges of "inciting activities to split the nation".